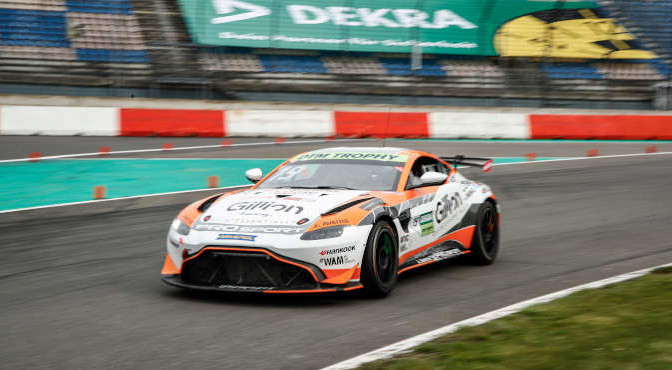 Monza is where the quick talents are gathering. For the young drivers from the DTM Trophy, the hunt for the title will get underway in Italy this weekend (18-20 June). In the process, they all have one primary goal: graduation to the top league that is DTM. After all, the DTM Trophy has all its races on the high-quality DTM platform. The DTM team principals, their scouts and the manufacturers will be watching the series closely, analysing and finding out who has potential to move up.

23 entered GT sports cars, seven different brands, drivers from eleven nations: that is the 2021 advanced course, DTM Trophy. For the “2021 DTMTrophy Champion”, a ticket to the next level beckons in the form of a DTM test. Meanwhile, the DTM Trophy is offering the talents more to showcase their potential: SPORT1 is showing both DTM Trophy races on Saturday and Sunday from 3pm live on free-to-air TV with Peter Kohl as the commentator. Additionally, highlights from DTM and DTM Trophy can be watched on the “AvD Motor & Sport Magazin”, live on SPORT1 on Sunday from 9.45pm. Moreover, all practice and qualifying sessions and the races can be watched live from all over the world on the DTM Grid streaming portal (grid.dtm.com).

Following the successful inaugural year of the DTM Trophy, the logical second-tier level of the long-standing series, production-based sports cars from seven different manufacturers have been entered for the new season. BMW has the largest presence, other brands in the field are Audi, KTM, Mercedes-AMG, Porsche and Toyota and, for the first time, Aston Martin. “We are absolutely proud that we can already report growth and can present such an international drivers’ field. Not least because of the TV broadcasts on SPORT1, the series is highly attractive for ambitious drivers,” says Frederic Elsner, Director Event & Operations of the DTM organisation ITR. In total, the DTM Trophy calendar comprises seven race weekends, one more than in the previous year.

When Moritz Löhner (GER) converted his main prize for winning the DTM Esports Championship powered by MediaMarkt title at the Lausitzring in May, namely a DTM Trophy test drive, the Munich-based driver still spoke about his childhood dream. Now, his dream continues as the 22-year-old will be making his debut at Monza, driving a BMW run by FK Performance Motorsport as a teammate of last year’s junior title winner Ben Green (GBR) and Swiss Yann Zimmer. Another returning driver is Tim Heinemann (GER), the inaugural DTM Trophy champion. Heinemann is driving an Aston Martin run by PROsport Racing with starting number 1. His goal: defending the title. “Monza is a race track with a famous name, but I only know the track from the simulator so far,” Heinemann says. “I would say that the competition has become even stronger.” Nico Verdonck has a similar view: “It is difficult to judge the drivers’ field, there are some new names out there. Monza will be a first indication about the strength of the opposition,” the experienced Toyota driver from Belgium says.

One of the newcomers is his Ring-Racing teammate, Stéphane Kox. Having successfully completed her law study, the Dutch lady racer is making her comeback in motorsport. “She will be needing some time, but then will be able to spark a surprise,” Verdonck is convinced. With Stéphane Kox, Sophie Hofmann in the Heide-Motorsport Audi and Laura Kraihamer with the True Racing by Reiter Engineering KTM, there are no less than three female drivers in the field, all of them wanting to see the male opposition preferably in the rearview mirror. “I am looking forward to the weekend like crazy,” Kraihamer says. “Monza is a fantastic track and the drivers’ field is unbelievably strong. I am expecting a hot weekend, and not just because of the high temperatures.”

Following the DNA of the DTM, the DTM Trophy format remains unchanged: one driver, one car, so pure racing without any compromises. There is one qualifying and one race of 30 minutes plus one lap each (live from 3pm) on Saturday and Sunday. Unchanged as well is the fact that the GT sports cars in the DTM Trophy are shod with Hankook tyres.