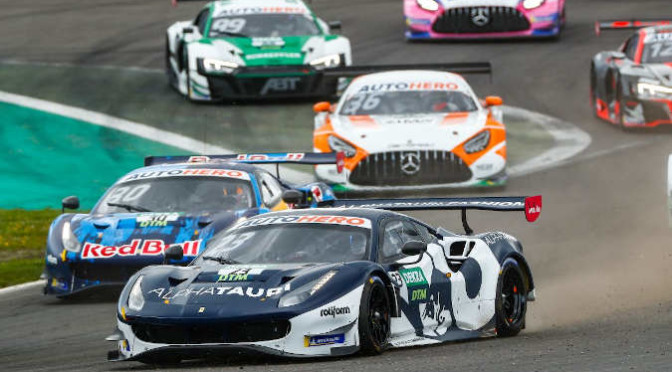 With Formula 1 driver Alex Albon and Red Bull talent Liam Lawson, the Italian team AF Corse is embarking on the DTM project this weekend (18-20 June). The team’s headquarters are located in Piacenza, only 80 kilometres away from the race track in Monza where the DTM is getting its new season underway. “It will certainly be very symbolic to start our DTM history from Italy,” team principal Amato Ferrari says in the interview with the DTM.com web portal. The former race driver is convinced: “We can expect a great show at Monza.”

His own career as a driver having come to an end, Amato Ferrari went on to establish his own team in 1995, AF Corse. From the outset, the team from Piacenza south of Milan achieved great results with Maserati and particularly with Ferrari. AF Corse scored three class wins in the Le Mans 24 Hours and the team won six teams’ and drivers’ titles as well as five manufacturers’ titles for Ferrari in the FIA World Endurance Championship. Now, together with partner Red Bull, the team is taking on a new challenge. “DTM is one of the best platforms in the world. It is a great mix of multiple factors: manufacturers, drivers, teams, circuits,” Amato Ferrari says.

With the three Red Bull drivers Alex Albon (THA) and Nick Cassidy (NZL), who will be alternating in the  AlphaTauri Ferrari, and Liam Lawson (NZL) in the Red Bull Ferrari, AF Corse has a strong line-up. “They are three fantastic drivers. They are real professionals and great for the team spirit. It is a real pleasure to have them in the team,” the team principal underlines in the interview with DTM.com. For AF Corse, not everything is business as usual in DTM: “It’s a new format for us. We are used to managing multiple drivers for each car and race. The car in DTM is customised much more to the needs of the individual driver.”

For Amato Ferrari, the goal is clear: “We want to do our best and score as many victories and podium finishes as possible. For Monza, we are hoping for a great start in which we will score important points.”