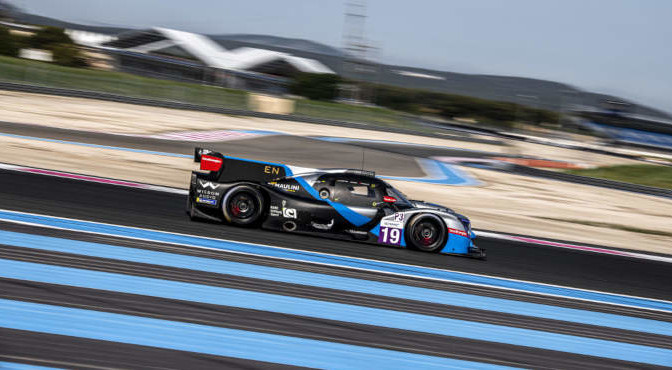 Niklas Krütten remains on course for success. The driver from Trier continues to top the standings in the LMP3 class with the COOL Racing team after three rounds of the European Le Mans Series (ELMS). Together with team-mates Matt Bell (Great Britain) and Nicolas Maulini (Switzerland), he finished second in the four-hour race at the Paul Ricard racetrack in southern France. Back-to-back victories in Barcelona and Spielberg, followed by this latest podium in Le Castellet, mean the ADAC Stiftung Sport driver now leads the championship with 68 points.

In glorious sunshine and 23 degrees Celsius, Nicolas Maulina started the race from eighth on the grid. Despite a few incidents and a 15-minute period behind the safety car, Maulini held his nerve and handed the Ligier JS P320 over to Niklas Krütten in fourth place, thanks to a perfect team strategy. The 18-year-old made consistent progress over the course of his stint. He received a spontaneous round of applause from the pit lane for one ingenious overtaking manoeuvre on lap 71, which saw him climb into second place. Krütten then brought the 30-second gap to the leader down to just 3.2 seconds before handing over to Matt Bell for the final stint. The experienced Brit brought the car home in second place.

“My race was really good, as I was able to get the maximum out of the car in my stint. I was on old tyres, which I took over from my team-mate. I really gave it everything, gained two positions, and was really close to the leaders. It obviously feels very good to have been able to defend the lead in the championship,” said Krütten after the champagne shower on the podium. However, after 119 laps of the 5.771-kilometre circuit, the #19 LMP3 prototype was not the team’s only car on the podium. In the LMP32 class, Nicolas Lapierre, Antonin Borga and Alex Coigny finished third in the Pro-Am class to present the COOL Racing team with more trophies.

After three of six rounds, COOL Racing leads the LMP3 class with a 27-point advantage over the second-placed team. The fourth race weekend of the European Le Mans Series takes place at the high-speed circuit in Monza from 9th to 11th July. Round five will be held at the iconic Spa-Francorchamps circuit (Belgium), before Portimao (Portugal) hosts the season finale on 21st October.