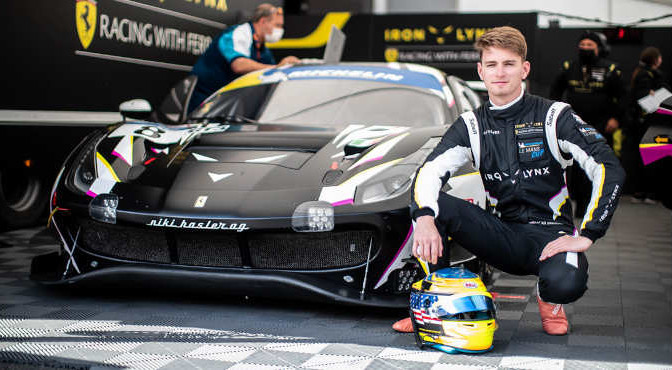 Italian racing squad Iron Lynx announced this week that rising star Logan Sargeant would join the team to compete in this weekend’s Michelin Le Mans Cup, to be held at the Paul Ricard circuit in France.

For Sargeant, who finished third in last year’s hotly-contested FIA Formula 3 Championship, the move this weekend represents a new step in his career – racing a GT car for the first time.

Iron Lynx team principal, Andrea Piccini welcomed the 20-year-old to the team: “Logan tested for us in Barcelona and impressed us immediately with his pace and adaptability. We are proud to be bringing yet another young talent to the series.”
The Michelin Le Mans Cup has been attracting more young racers, keen to use the series as a springboard to wider success, and this weekend will also see the race debut of Doriane Pin, the 17-year-old racer who graduated from the FIA Girls on Track – Rising Stars initiative last year. Pin will race alongside Sarah Bovy in the #9 Iron Dames all-female entry.

Piccini concluded: “We can’t wait to see Logan unleash his undoubted pace on Saturday. We have paired him with one of our champion drivers from last year, Rino Mastronardi, and are certain he will quickly master the discipline of GT racing.”

The #8 and #9 Iron Lynx Ferrari 488 GT3s will race at Paul Ricard in a two-hour race on Saturday 5th June at 16:30 CET, which can be watched live via lemanscup.com.

Both Iron Lynx and the Iron Dames continue to inspire and engage as the team looks ahead to further success.