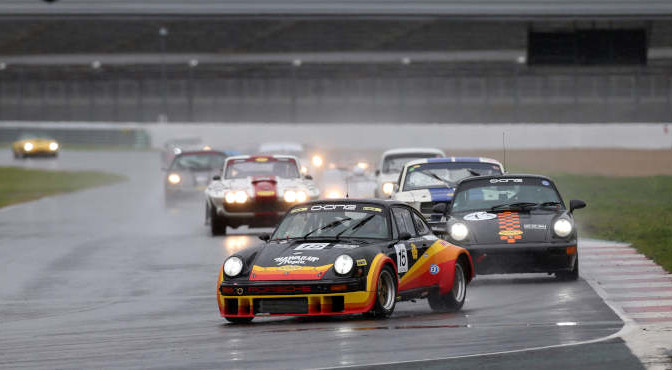 Last weekend 26 crews and 65 drivers took part in the first endurance event of the 2021 season reserved for historic racing cars on the Nevers Magny-Cours circuit. Despite changeable weather conditions with clear skies interspersed with showers, which caused track conditions that were in perpetual evolution, everybody was delighted to be there. After the never-ending winter break, the many cancellations and postponements caused by the Covid-19 pandemic at last they could again don their driver suits, helmets and gloves and get back behind the wheel of their favourite cars for a long-distance race.

After the two one-hour free practices followed by a one-hour qualifying session, the drivers roared off on Sunday at 12:40 for six hours racing on the very selective 4,411-km Nevers layout. But as the early afternoon was marked by heavy rain the organisers took the wise decision to unleash the field with a flying start after five laps behind the safety car. The 6-hour race had no fewer than 10 different leaders as well as a few safety car deployments. The longest neutralisation lasted almost 28 minutes and was caused by a downpour. Others caused by race incidents were much shorter.