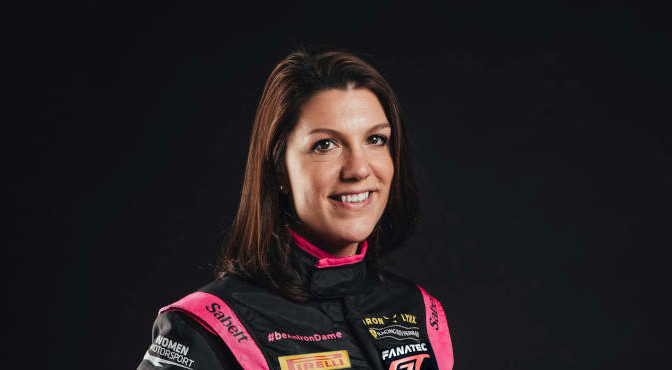 The Iron Lynx racing team confirms it will field an Iron Dames entry, with three female drivers, in the upcoming Paul Ricard round of the Fanatec GT World Challenge Europe Powered by AWS Endurance Cup – the first time an all-female squad has entered this racing series.

The Iron Dames are a collective of female racers within the Iron Lynx team, which so far this year has competed in the Ferrari Challenge Europe, Michelin Le Mans Cup, European Le Mans Series and FIA World Endurance Championship, with the 24 Hours of Le Mans to come in August. Adding the GT World Challenge Europe is a natural progression for the squad, which aims to develop and inspire the next generation of women in motorsport.

The confirmed line-up for the 1000km Paul Ricard race on the weekend of 29/30 May, which starts at 6pm local time and races into the night, will be:

Speaking about the announcement, Deborah Mayer, the project leader and founder of the Iron Dames, said: “We have a phenomenal line-up in Doriane, Sarah and Katherine. Doriane joins us as a very impressive finalist from the FIA Girls on Track – Rising Stars programme, which also gave us Maya Weug, who had her first racing weekend with Iron Lynx last weekend in France”. Looking forward to the weekend, Deborah continued: “We are exceptionally proud to be able to bring the first all-woman racing squad to race with Ferrari in the GT World Challenge Europe”.

The race can be watched live online via the GT World Challenge website, while both Iron Lynx and Iron Dames can be followed on Facebook and Instagram. Racing with Ferrari at iconic circuits all around Europe, Iron Lynx’s season continues to inspire and engage as the team looks ahead to further success in the weeks and months ahead.