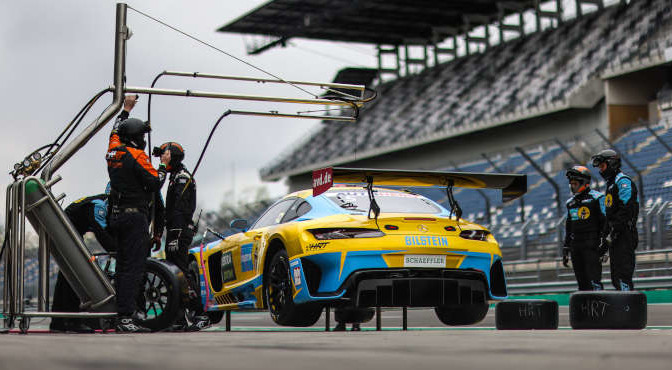 Ambitious goals, meticulous preparation: at the Nürburgring on Wednesday, Haupt Racing Team continued its preparation for its debut in DTM during the season opener at Monza, 18-20 June. With the additional test in the Eifel, the comprehensive plans from team owner Hubert Haupt are to be turned into reality a bit more. “It is our goal to become established among the top teams as quickly as possible,” the entrepreneur from Munich says in the extensive interview with the DTM.com web portal.

Mercedes-AMG Team HRT with DTM returnee Maximilian Götz (GER) and Monegasque Vincent Abril already caught the attention by impressively topping the timing sheets during the official DTM test days at Hockenheim and Lausitzring. “As a team owner, however, I am not just looking at the first season, I am thinking on the long term,” says Hubert Haupt, who only founded his team in June 2020. At the headquarters at the Nürburgring, a state-of-the-art Race Base is to be built in the near future. “In the coming years, HRT is to become the benchmark team in international GT racing and is to cover an even wider scope as a motorsport enterprise.” In the process, DTM is playing a central role: “For me, DTM stands for professionalism above all. The close competition between the teams and drivers, the compact race format, the huge involvement from the manufacturers, the successful history, the international popularity: DTM is combining these aspects like hardly any other series in motorsport.”

Hubert Haupt, meanwhile, is already writing his third chapter in the long-standing race series: 30 years ago, in 1991 and 1992, he came into DTM as a young works driver with Audi. 20 years ago, he competed in the 2001 DTM season with Opel. And now, in 2021, he is returning to DTM with his own Haupt Racing Team as a team owner first and foremost. First and foremost because Hubert Haupt, who remains particularly successful as a racing driver in endurance events, also envisages a DTM outing as a driver. “A personal guest start is being planned,” he confirms in the interview with DTM.com.