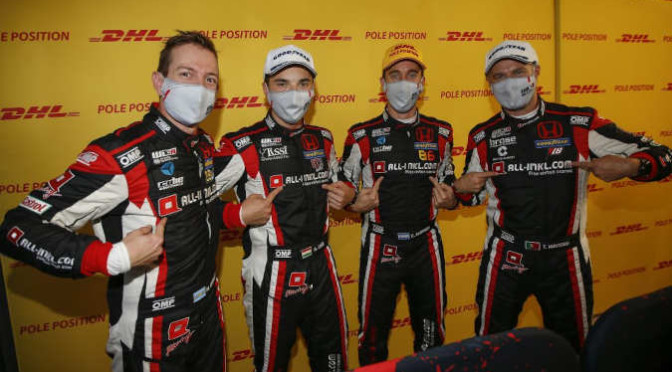 It’s the third season that Girolami/Guerrieri and Monteiro/Tassi have been team-mates and driven the Honda Civic Type R TCR from JAS Motorsport, Honda’s long-standing motorsport partner. For a second year in a row the Civic Type R TCR claimed the prestigious TCR Model of the Year award − becoming the first car to win the prize for a second time.

Although both teams will work together closely, on track they will be treated as separate entities, with all drivers given equal opportunities to win. Besides the main title sponsorship from ALL-INKL.COM, the team will also be able to count on the continuous support of Castrol and Brose while enjoying the benefits of Honda Racing Customer Support.

Xavier Gavory, WTCR Director, Eurosport Events, said: “While it’s been widely known that the Honda Racing quartet of Néstor Girolami, Esteban Guerrieri, Tiago Monteiro and Attila Tassi will race with Honda power in the 2021 WTCR − FIA World Touring Car Cup, the identity of their respective teams had been under wraps until now. We’re obviously very pleased the Honda/Münnich partnership is continuing and putting four strong drivers in four strong cars on the grid.”

Dominik Greiner, Münnich Motorsport Team Manager, said: “We are very pleased that we will continue to race the Honda Civic Type R TCR in the WTCR with both ALL-INKL.COM Münnich Motorsport and ALL-INKL.DE Münnich Motorsport this year. It was a big job for us to run two teams for the first time in the WTCR in 2020, but we were happy with our performance and are sure of the lessons we have learned from last season. We are looking forward to the first round at the Nürburgring next month and hope for a great season.”