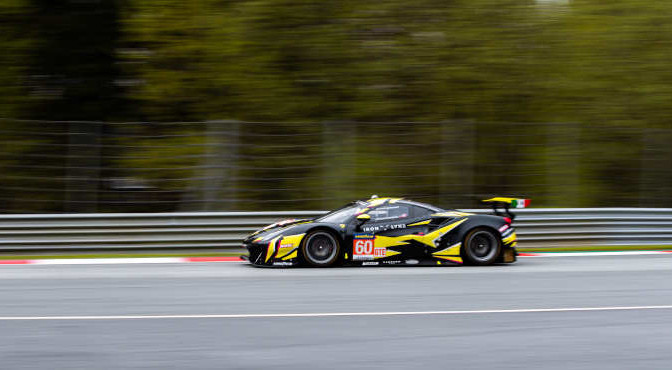 The Iron Lynx squad raced across France and Austria at the weekend, fielding six cars across the European Le Mans Series at the Red Bull
Ring and Italian Formula 4 at the Paul Ricard circuit.

The ultra-competitive Italian F4 series was the car racing debut for Dutch-Spanish teenager Maya Weug, the first girl to join the Ferrari Driving Academy. In her Iron Dames-liveried machine, she gained places in both races one and two, before achieving a Rookie-category second place in the final race of the day. Her teammates also impressed – Pietro Armanni charging in race two and making up 11 places, while Leonardo Fornaroli sharpened his skills across the weekend, finishing fourth in race three.

At the Red Bull Ring, the Iron Lynx squad of three Ferrari 488 GTE cars lined up 2/3/4 on the grid, thanks in particular to Iron Dame Michelle Gatting who used her experience of victory in the Ferrari Challenge just two weeks previously and took a sensational front-row slot ahead of Sunday’s 4-hour race.

The #80 car of Matteo Cressoni, Rino Mastronardi and Miguel Molina starred from the start and led convincingly until torrential rain intervened. The Iron Dames, started by Manuela Gostner, ran in the podium positions though Michelle Gatting lost time behind an LMP3 car during her stint and Rahel Frey battled hard, but would not see the chequered flag. The #60 Ferrari of Claudio Schiavoni, Giorgio Sernagiotto and Paolo Ruberti was compromised on the first lap, but drove hard to secure seventh place.

By the end of the race, having made some difficult calls with pitstops and tyre choice under the safety car, the focus was on survival for #80, which took a hotly-contested podium finish at the flag, giving the Iron Lynx team the points to head the GTE Championship at the one-third point of the season.

Commenting on the hugely challenging race, Andrea Piccini, Team Principal European Le Mans Series, said: “I think we made the right calls today, but the weather was just too unpredictable. I’m happy with how the team reacted, and we would do the same again. The whole team did a great job in such difficult conditions. We’re disappointed with the contact on the last lap that took away a solid 4th place for the Iron Dames. We’ll come back even stronger in Paul Ricard.” Turning to Formula 4, he continued, “While Paul Ricard isn’t our optimal track, Leonardo bringing home important points is good, Pietro is clearly a competitive racer and Maya got her first rookie podium – at the end of the day it’s a strong start”.

The Iron Lynx team, racing with Ferrari at iconic circuits all around Europe, will return to the track in two weeks with another double-venue venture, this time in the GT World Challenge Endurance Cup at Paul Ricard and the Ferrari Challenge Europe at Brno. Both Iron Lynx and the Iron Dames continue to inspire and engage as the team looks ahead to further success.