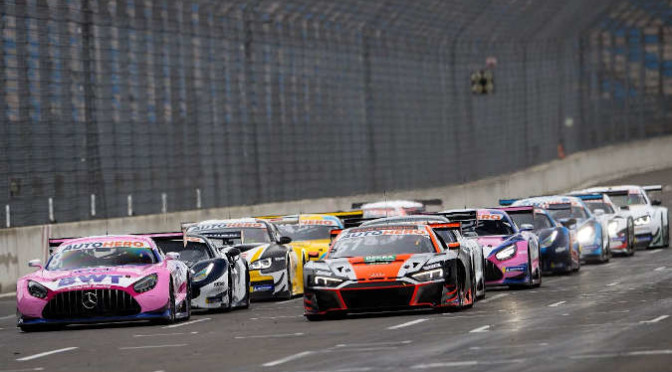 Like on Tuesday already, Maximilian Götz was also the fastest driver on the second day of the official DTM test. With the Haupt Racing Team Mercedes-AMG GT3, the DTM returnee completed his best lap of the 4.570 kilometres long DEKRA Lausitzring in 1m43.645s. In cool, but largely ideal weather conditions, Red Bull drivers Alexander Albon (THA, 1m45.468s) and Liam Lawson (NZL, 1m43.651s) rounded out the top three with AF Corse Ferrari 488 GT3 Evos. The most prolific professional of the day was ex-champion Mike Rockenfeller. With the ABT Sportsline Audi R8 LMS, the German came to a total of 91 laps, 44 in the morning and 47 in the afternoon.

The spectacular practice starts in the afternoon gave a first appetizer of the season. In close formation, the multi-coloured field – many teams surprised with colourful liveries during the Lausitz test – completed its laps of the track south of Cottbus, accompanied by the distinctive acoustic backdrop of the eight- and ten-cylinder engines.

“Again, another good test day with the fastest time. We have completed our programme, the car is handling really well. We are getting sorted, we are doing pit stop practice, qualifying simulations, long runs: all these things need to be tested after all,” Maximilian Götz, twice the fastest driver of the day, commented. “Today, we really drove a lot. On the final test day, we want to further optimise our pit stops.”

A curiosity in the DTM Trophy: defending champion Tim Heinemann on top – twice

In the junior race series DTM Trophy that also had two test sessions at DEKRA Lausitzring on Wednesday, defending champion Tim Heinemann (GER) topped the time sheets at the end of the day, and interestingly, he did so twice: with his regular car for the season, the Aston Martin Vantage GT run by PROsport Racing, he posted a time of 1m54.199s. Moreover, the 23-year-old from Fichtenberg completed a few laps with the Porsche Cayman Pro4 from the Nürburgring-based team and even beat his own fastest time with 1m54.030s. Next up was  Michael Schrey (GER, Hofor Racing by Bonk Motorsport), who had been fastest of the day on Tuesday with the BMW M4 GT. Finn Mattias Salonen had the busiest day. With the Mercedes-AMG GT of the CV Performance Group, he completed 35 laps in the morning and 41 in the afternoon, a total of 76 laps, equalling 347.32 kilometres.

The final DTM test days prior to the season opener at Monza (18-20 June) will end on Thursday with another two sessions each for DTM and DTM Trophy.