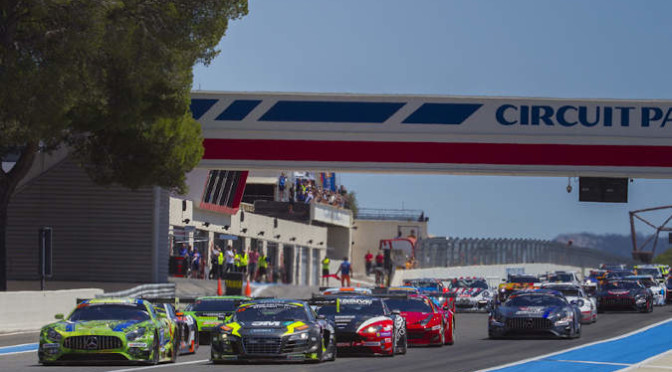 The Hankook 12H SPA was originally set to take place on 24-25 April but has since been cancelled to make room for the rescheduled 6 Hours of Spa-Francorchamps, round one of the 2021 World Endurance Championship. Though attempts to find a replacement weekend on this year’s calendar were unsuccessful, CREVENTIC and management at the Circuit de Spa-Francorchamps are already planning the return of the Hankook 12H SPA for 2022.

Consequently, round three of this year’s 24H SERIES will now take place at the 5.842km Circuit Paul Ricard on 22-23 April. The move marks the first time both France and the home of the Formula 1 French Grand Prix have featured on the 24H SERIES calendar in four years.

Ole Dörlemann, CREVENTIC’s sporting coordinator: “When hosting any endurance racing program, let alone one that encompasses three continents, we always have to be prepared for circumstances to change and to adapt accordingly. As such, we’d like to thank the management and staff at the Circuit Paul Ricard for making this year’s event a reality in such a short space of time. The venue is an old favourite of both CREVENTIC and our competitors, and we feel confident the Hankook 12H CIRCUIT PAUL RICARD will promote the familial atmosphere and close racing indicative of the 24H SERIES. We’d also like to thank the team at the Circuit de Spa-Francorchamps, and look forward to working with them again in 2022.”
Located in La Castellet in the Provence-Alpes-Côte d’Azur region of south-east France, the Circuit Paul Ricard was commissioned by its namesake – pastis magnate Paul Ricard – in 1969, with both four-time Le Mans winner Henri Pescarolo and Grand Prix winner Jean-Pierre Beltoise signed on as consultants. Opened on 19 April 1970, the circuit went on to secure the rights to host the Formula 1 French Grand Prix just one year later over the aging Circuit de Charade and Rouen-Les-Essarts. Paul Ricard would host the French GP 14 times over the following two decades before losing the rights to Magny-Cours for 1991. Following a change of management (and financier) at the turn of the century, plus F1 later returned to Le Castellet in 2018, following a two-month refurbishment over the winter of 2017 that included more than 10,000 tons of asphalt being used to resurface the entire track and pitlane.

Circuit Paul Ricard first hosted the 24H SERIES in 2015 with the Hankook 24H PAUL RICARD. Britain’s Ram Racing secured its first outright series win at that event just ahead of the then-named HB Racing Team Herberth, which would go on to win the two subsequent events in 2016 and 2017.

The season-closing Hankook 24H SEBRING is now set to take place one week later than originally planned on 18-19-20 November.

The Sebring International Raceway was due to make its first-ever appearance on the 24H SERIES calendar on 14-15-16 November. Owing to another clash with the World Endurance Championship though, the event has now been moved back to the following weekend.

All other events on the 2021 24H SERIES powered by Hankook calendar remain unaffected. Our next round, the Hankook 12H MUGELLO, will be on 26-27 March as scheduled.