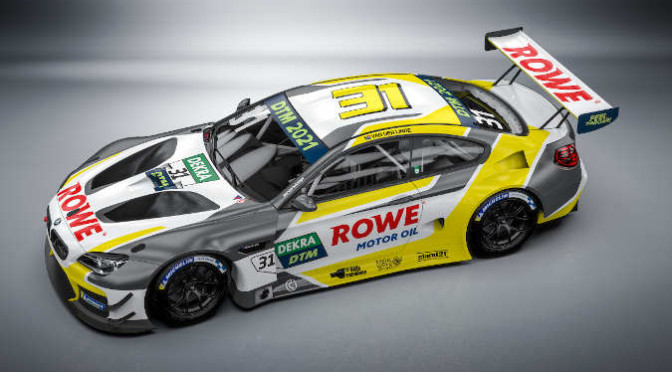 A new brothers’ battle is spicing up the action: the two South Africans Kelvin and Sheldon van der Linde will be competing against each other in DTM for the first time and they will do so with different brands. As the team announced today, Sheldon van der Linde (21) will be racing for BMW team ROWE Racing in this year’s DTM while Kelvin van der Linde, his senior by almost three years, will do so with Audi outfit ABT Sportsline. Kelvin will be starting the season as a DTM rookie whereas for Sheldon, it will be his third season already. He is the youngest-ever DTM driver to claim a pole position and scored his maiden race win in the series at Assen in The Netherlands last year.

“For both of us, the goal will be to become the best driver of our respective brands, so Audi for me and BMW for Sheldon,” Kelvin says at the web portal DTM.com. Depending on the track, his brother Sheldon is considering varying characteristics of the GT3 race cars as decisive for the chances of success. “It will be the case that at least one of us is there at the front at as many tracks as possible.” While the two brothers want to race each other at the track in a fair way, they are spending most of the rest of their time together. Coming from a successful South African motorsport dynasty, the two have been sharing an apartment in Kempten in the Allgäu region in the south of Germany for several years and have worked their way up from junior race series all the way into DTM.

Kelvin and Sheldon van der Linde are the first brother pairing since Gerd and Jürgen Ruch, who were racing each other with Ford Mustangs in DTM in the early 1990s. There were also rivaling brother pairings in the early DTM days in the 1980s like twin brothers Heinz-Otto and Jürgen Fritzsche with Opel. The most famous brother pairing to race in DTM were Michael and Ralf Schumacher, although they never actually raced against each other. Michael drove occasionally in 1990 and 1991 while Ralf was a permanent DTM driver from 2008 until 2012. The Winkelhock family even had three brothers racing in DTM, albeit Manfred only in 1984 while Thomas raced from 1990 until 1992 and Joachim from 1986 till 1992 and from 2000 till 2003.