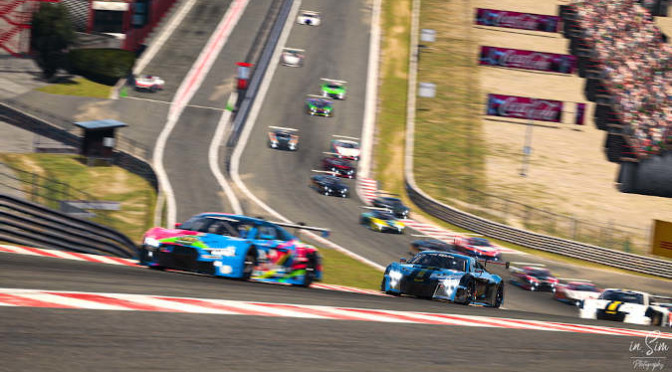 CREVENTIC is pleased to announce the latest addition to its online racing program – the CREVENTIC Endurance Series (CES) – will make its official debut this April with a virtual event at the legendary Circuit de Spa-Francorchamps.

Like the already established 24H SERIES E-SPORTS, organised by NEO Endurance up until and including the latter’s official partnership with Dutch promoter CREVENTIC last year, the CREVENTIC Endurance Series focuses on online virtual motorsport and will incorporate at least four rounds during its inaugural season. Unlike the 24H SERIES ESPORTS though, the CES will be open to all members of iRacing regardless of experience and ranking, casting a wider net for online competitors as a result.
More info
Under the CREVENTIC umbrella, and thus promoting the same relaxed atmosphere indicative of the 24H SERIES, it is hoped the new CES will encourage a raft of new online enthusiasts to experience iRacing for the very first time whilst maintaining a professional level of competition.

Niel Hekkens, CREVENTIC’s E-SPORTS coordinator: “We’re very excited by this partnership with iRacing, one that will bring the SIM world and the real world closer together. The CREVENTIC Endurance Series embodies what the 24H SERIES is all about: a comfortable, but competitive, racing environment open to all endurance motorsport enthusiasts. Thanks to iRacing, anyone and everyone can enjoy the thrills and fun of racing from anywhere in the world from their own home.”

Greg West, iRacing associate producer: “NEO Endurance, which is now the 24H SERIES E-SPORTS, is recognized as one of the most competitive endurance series in the service with some of the strongest SIM racers around the globe. Moving into 2021 with the new CREVENTIC endurance Series, I think you can expect the same level of competition, only now available to more drivers utilizing our splitting system. I think we’ll see several thousand people with the opportunity to participate, and that can only be seen as a good thing.”

The CES will comprise four 12-hour rounds, including customary Free Practice and Qualifying sessions, with the first round is set to be digitally hosted around the Circuit de Spa-Francorchamps on 3 April. The home of the Formula 1 Belgian Grand Prix has been a regular fixture of CREVENTIC’s headline 24H SERIES powered by Hankook since 2017.
Round two of the iRacing-supported CES will be contested virtually at the Hockenheimring on 26 June, while the Circuit de Barcelona-Catalunya, home of the annual Hankook 24H BARCELONA since 1998, will take place on 28 August. The season finale is scheduled for 23 October and will be held virtually at the Sebring International Raceway. The Birthplace of American Endurance Racing is also set to host the Hankook 24H SEBRING on 12-13-14 November, this year’s 24H SERIES season finale and the longest international motor race ever to be held at the venue.

Each round of the CES will incorporate at least three different classes, namely GT3, GT4 and TCR. Teams and drivers competing for GT3 and overall honours can choose from the Lamborghini Huracán GT3 EVO, the Ferrari 488 GT3, or a 2022-spec BMW M4 GT3. GT4 competitors can compete with either a BMW M4 GT4 or a Porsche 718 Cayman GT4 Clubsport, while TCR will be Audi RS 3 LMS exclusive.

All drivers that register for the CES will be assigned ‘Splits’ within their respective class and the race as a whole. These splits will be determined by each competitor’s iRating, a ranking system that perpetually keeps track of a driver’s performance to ensure wheel-to-wheel action is kept as close as possible at every iRacing event. In the CES, 50 teams with the highest ranking will be placed in the top split, the next 50 will be assigned the split below this, and so on. Each CES race will thus award an overall winner, a winner per class, and a winner for each split.