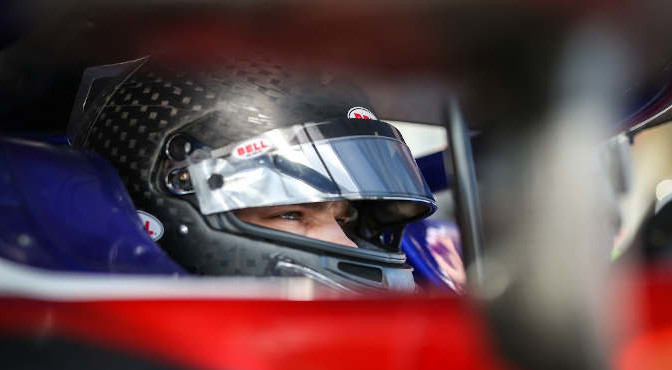 Charouz Racing System is glad to announce its 2021 driver line-up for FIA Formula 2 season. For its fourth season in the Formula 1’s feeder series, the Czech squad has signed an important partnership with David Beckmann and Guilherme Samaia, who will race to repeat and improve the 2020 results, when the team finished 7th in the Team’s standings, with a total of 137 points, 2 fastest laps and 5 podium finishes.

The 2021 FIA Formula 2 season is set to commence in Bahrain on March 26th, and the calendar includes a total of eight rounds, all supporting the Formula 1 World Championship. Following a change to the Sporting Regulations, the new season will see three races per event, instead of two previously, for a total of 24 races. The street circuits of Monaco and Baku will make their return to the calendar following their cancellation in 2020 due to the Covid-19 restrictions, as well as the great Abu Dhabi finale. Jeddah represents a new entry for the series, while Silverstone is confirmed alongside Monza and Sochi. For this challenge, Charouz Racing System has decided to hire two new drivers.

David Beckmann (GER, 20) gets promoted from FIA Formula 3, where he was a front runner last year, with 2 wins and 5 podiums to his credit. The German already drove the F.2 car in last year’s off-season tests at Bahrain, with a very positive feeling with the team, which led both parties to find an agreement for the 2021 season.

Guilherme Samaia (BRA, 24) represents the experienced part of the box, as he had already the chance to drive in the FIA Formula 2 in 2020, getting familiar with the car and the tyres, different from all other F.1 feeder series. It was a big step forward in the Brazilian’s career who had joined from the Euroformula. Last December, Samaia performed a testing session with the team, which proved positive, at the Al-Sakhir track, which will host the first round this season.

David Beckmann
“I’m delighted to be able to jump into the FIA Formula 2 this year after developing my career in Formula 3. It’s exciting to have in front of me a new car and a new challenge, which reminds me the step I took from F4 to F3, and this will be really challenging. Of course, it’s also one more step towards Formula 1, and this means to see your goal a little bit closer. To be with Charouz Racing System in this venture makes me feel really comfortable: since they joined the FIA Formula 2, they showed to be on the spot, managing to be competitive and consistent in performance with all their drivers. The team has a great back-up and structure, I have already met during testing some of the personnel, which includes people I have already worked with previously and this put me totally at ease with the team and promises a good season together”.

Guilherme Samaia
“I am extremely happy to have joined Charouz Racing System for the 2021 season. They gave me a great opportunity at the end of the 2020 season to rebuild and show what we can do out at the track. The team brought me into high energy once again with a strong post season test, we did together. I am truly grateful to have been brought in in such an incredible group of people. I am confident we will be a very tough team this year. We will push very hard”.

Antonín Charouz
“I’m glad to have David and Guilherme on-board with us for this season. Looking back on the 2020 season, it probably was one of the hardest in motorsport’s history, but we have been strong and kept our head down to make the most out of it. I’m much more confident about the 2021 campaign, as we have clearer guidelines about how to advance and this allows us to get even more focused on the work on track. We had already the pleasure to work with Beckmann and Samaia in testing, and the results were positive and encouraging for both. This season will see also a revolution in terms of the Sporting Code of the series, which I’m sure will give some extra excitement to our season”.