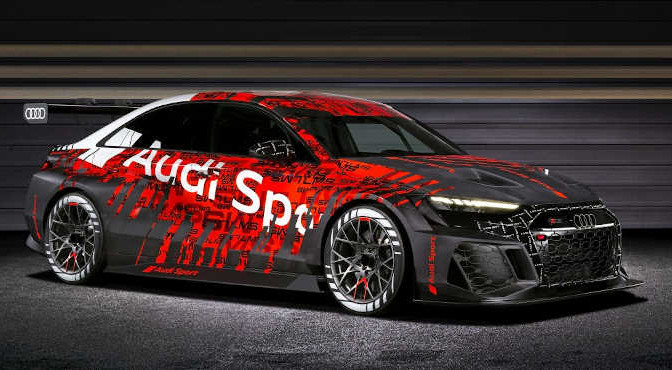 As Audi Sport drivers, WTCR race winners Berthon and Vervisch will not only hone the RS 3 LMS ahead of its roll-out to privateer drivers and teams later this year, but they will also demonstrate the performance of Audi’s new-for-2021 touring car in the most high-profile and fiercely contested TCR series in the world.

Top team Comtoyou Racing from Belgium will run Berthon and Vervisch’s Audis under the supervision of Team Manager François Verbist, who will also oversee a pre-season testing programme. Jean-Michel Baert’s Waterloo-based team will also enter two additional Goodyear-equipped Audis with more details to be announced in due course.

Chris Reinke, Head of Audi Sport customer racing, said: “This gives us the opportunity to test our new model on different international race tracks and under the greatest competitive pressure. Only then will we deliver the model to customer teams around the world in the second half of the year. Jean-Michel Baert’s team has known our products since 2017, has won international races and titles with them and has been a team from the very beginning in the FIA WTCR.”

Jean-Michel Baert, General Manager, Comtoyou Racing, said: “Certainly 2020 was the best year for the team thanks to the numerous titles in TCR Europe and TCR Benelux, but also in WTCR our victories and podiums, which resulted in the Rookie title. Thanks to the support from Audi Sport, we can carry the Belgian colours on the highest steps of the podiums and I thank Chris Reinke and his whole team for this confidence. François Verbist has done an enormous amount of work to get the various programmes up and running again in 2021. We are talking about WTCR, but stay tuned, we will communicate about Fred and Nathanaël’s team-mates and the other programmes soon. The team, the drivers, the cars are all ready to take the track so prepare the podiums!”

François Verbist, Team Manager, Comtoyou Racing, said: “We are pleased and excited about this new collaboration with our loyal partner Audi Sport. Our teams have been working together for more than five years and I am proud that they are giving us the opportunity to finalise the development of their new winning machine.”

Xavier Gavory, WTCR Director, Eurosport Events, said: “In Frédéric and Nathanaël the WTCR welcomes back two excellent drivers with plenty of experience and success in the series. And it’s also fantastic to know when we go racing for the first time this season on the iconic Nürburgring Nordschleife, Audi’s famous four rings will be well represented. We look forward to further announcements from Comtoyou and, indeed, other teams in the coming weeks and months as we build-up to the start of the battle for Yann Ehrlacher’s throne as the King of WTCR.”

Berthon and Vervisch bring pace and experience to Audi Sport customer racing
In Nathanaël Berthon, 31, and 34-year-old Frédéric Vervisch, Audi Sport customer racing can count on two WTCR race-winning drivers with considerable experience of the first-generation Audi RS 3 LMS. They were team-mates at Comtoyou Racing in year one of the WTCR in 2018 when Vervisch scored a breakthrough victory for the team at WTCR Race of Macau.

Vervsich won again for Comtoyou in Slovakia in 2019 with an audacious drive from ninth to first before he focused on Audi’s various GT3 activities in 2020.

Berthon returned to WTCR action with Comtoyou in 2020 with victory in Slovakia one of many highlights during an impressive campaign.

“He is an experienced, technically skilled and reliable driver,” Reinke said of Belgian Vervisch. “This makes him the ideal development driver for our new car. He will be joined by our new signing, Nathanaël Berthon, who has already shown his skills in many racing categories.”

Vervisch’s return to the WTCR is eagerly anticipated and the Belgian is aiming high for 2021: “I am very honoured and grateful to represent Audi and Comtoyou Racing in FIA WTCR with the new RS 3 LMS. Being champion is the only goal I will have for 2021.”

Frenchman Berthon excelled in WTCR 2020 with a race win, three DHL Pole Positions and two fastest laps. He finished eighth in the final table and took third in the WTCR Trophy standings.

“It is a great motivation to come back to FIA WTCR with Comtoyou Racing and Audi Sport,” he said. “We have a lot of work ahead of us, especially development work. I have a great osmosis with the whole team and it is certainly a force that add more weight to achieve our common ambitions. I really want to thank all the people who have made this possible.”