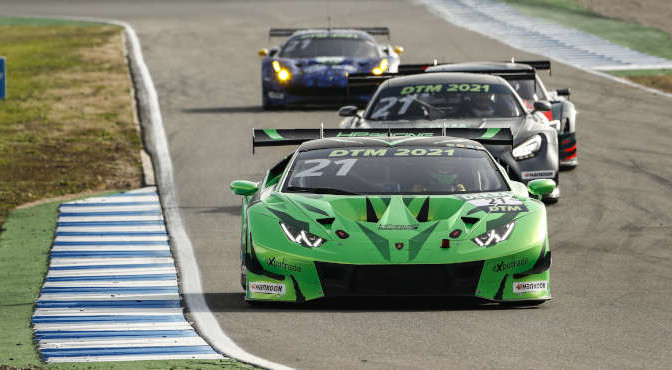 The DTM is getting the 2021 season underway with first official test sessions at Hockenheim and Lausitzring. In the joint preparation for the start of the season, to take place at the Italian circuit of Monza with its long heritage from 18-20 June 2021, the DTM teams will be taking on each other for the first time at the Hockenheimring on 7 and 8 April 2021. The second test will follow at the Lausitzring from 4-6 May 2021. The calendar for the 2021 season consists of eight race weekends in Germany and nearby foreign countries. The late midyear season start is also to increase the chance to be able to admit spectators on-site again.

Frederic Elsner, director event and operations at ITR and responsible for the DTM series management: “In the new season, the DTM remains loyal to its DNA: a sprint race format, professional drivers with no driver changes, a mandatory performance pit stop, broadcasts with a wide reach on Saturdays and Sundays from 1 pm by our TV partner Sat.1. New are the changed technical regulations that finally guarantees the long-awaited brand variety again.”

The series-near GT sports cars from the junior race series DTM Trophy will be completing their official pre-season tests together with the DTM at Hockenheim (7-8 April) and Lausitzring (4-6 May). In its inaugural season 2020, the junior race series already proved to be successful with an attractive brand variety and for the 2021 season also generates strong interest from ambitious young drivers who show their skills on the DTM stage and thus put themselves forward for the renowned race series. Ben Green, who raced a BMW M4 for FK Performance Motorsport in 2020 and concluded the season as the best-placed junior driver, qualified for a test session with a DTM car that he is to complete in the next months. With this prize, he now has the opportunity to present himself in the setting of renowned teams and manufacturers.

During the final test week in the Lausitz region, the new BMW M2 Cup will also officially be out onto the test track for the first time on 7 May 2021. In 2021 and 2022, the BMW M2 Cup will be held exclusively on the support package of the DTM. As another significant corner stone in the support of young drivers, the new one-make series is to be a stepping stone into the DTM Trophy for young drivers in future, giving them the chance to prove their talent in the setting of the popular race series.