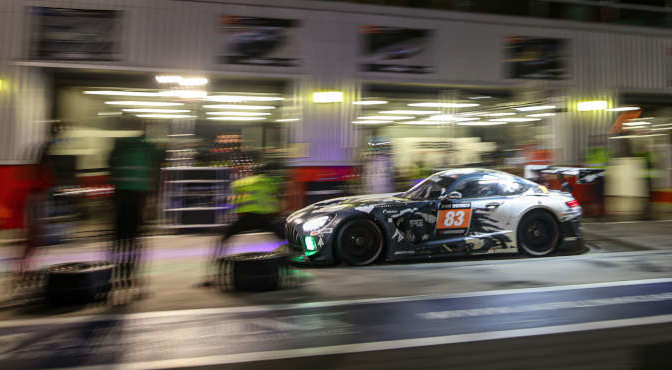 UAE-based GPX Racing has become only the second Emirati team to take outright victory at the Hankook 24H DUBAI after a commanding performance at the Dubai Autodrome this weekend.

GPX Racing thus becomes the first Emirati team to take an outright win at the Hankook 24H DUBAI since Abu Dhabi Racing by Black Falcon pulled the double in 2012 and 2013. The result also secures Porsche a record-extending sixth win at the event.

“It’s fantastic and I’m so happy for the team,” Axcil Jefferies told radiolemans.com’s Ian Salvestrin. “The guys worked so hard this whole week – they rebuilt the car two or three times – and they believed in us, so it’s great to reward them.

“And of course all the drivers did an amazing job. We pushed early on to build up a gap and then went into safety management mode in the last two hours to make sure we could bring the car home.”

In a dramatic moment, WRT, the Hankook24H DUBAI winner of 2016, managed to leapfrog into 2nd place inside the final hour. The WRT Audi R8 LMS GT3 Evo (#31, Dries Vanthoor / Kelvin van der Linde / Louis Machiels / Benjamin Goethe / Frank Bird) was closing in on the runner’s up spot in the closing stages when the HRT Bilstein Mercedes-AMG GT3 Evo (#4, Hubert Haupt / Maro Engel / Patrick Assenheimer / Ryan Ratcliffe / Khaled Al Qubaisi) was brought into the pits for a driver change with just 40 minutes left on the clock. The Audi and the Mercedes were split by less than 30 seconds at the flag.