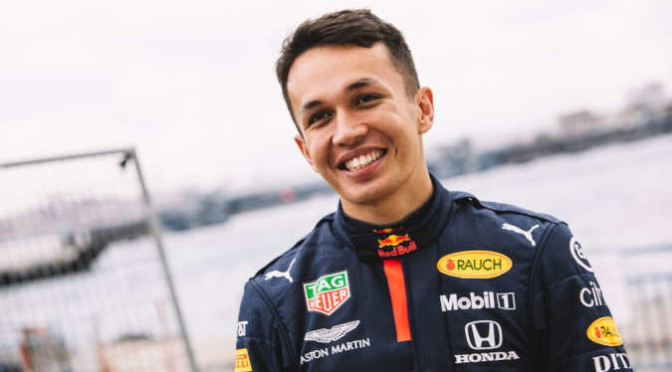 Formula 1 driver Alexander Albon and young talent Liam Lawson will be racing in the DTM with backing from Red Bull. 24-year-old Albon, seventh in the 2020 Formula 1 World Championship as Max Verstappen’s teammate, will be participating in selected DTM races whenever his Formula 1 duties as a test, replacement and simulator driver allow. The driver Albon will be alternating with will be announced at a later stage, just like the team and the sports car brand. In the second Red Bull cockpit,18-year-old New Zealander Liam Lawson will be driving, meaning that a talent from the ranks of the Red Bull Junior Team will be racing in the DTM that will be held with powerful GT sports cars for the first time in the new season.

A high-class field with drivers from Formula 1, DTM and GTs

“The DTM with a high-class field and GT3 sports cars is an interesting platform and a real challenge, both for successful race drivers like Alex Albon as for our Red Bull junior driver Liam Lawson,” says Dr. Helmut Marko, Red Bull’s motorsport consultant. Marko, a former Le Mans winner and Formula 1 driver, has a direct connection to the DTM, established in 1984, in which his team RSM Marko participated with Alfa Romeo and Mercedes between 1984 and 1989.

“Formula 1 drivers like Alex Albon, DTM stars like three-time champion René Rast, GT professionals and young talents like Liam Lawson – that is a high-class driver mix the way I would like it for the 2021 DTM season. It is also a perfect fit that ex-Formula 1 World Champion Jenson Button has already submitted an entry for the DTM with his team,” says Gerhard Berger, an ex-Formula 1 and DTM driver himself. “Alex Albon is a young, ambitious driver and an outstanding gain for the DTM.” Just at the end of last year, Berger had defined his personal goal for the 2021 DTM in an interview with the DTM.com web portal: “My big goal is 20 cars with at least five brands, strong drivers and a battle for the title that goes down to the wire, the final race.” The DTM participation of Alex Albon is yet another important step in this direction.

Albon and Lawson – a highly-qualified duo

With Alex Albon and Liam Lawson, Red Bull is dispatching a highly-qualified trio of drivers to the DTM. During his determined progress all the way up to Formula 1, winning the 2010 European kart championship was the first major success for Albon, born in London as the son of a British race driver and a Thai mother. Two years later, he stepped up into Formula Renault and competed in the Formula 3 European Championship in 2015. Albon ended up seventh in the drivers’ standings of the European Championship that had the majority of its races on the DTM support package, so that the DTM platform isn’t uncharted territory for him. In 2016, he raced GP3 and racked up four wins, more than any other driver, although he was runner-up to Charles Leclerc in the battle for the title. In 2017 and 2018, Albon raced in the FIA Formula 2 Championship. After ending up third, he graduated to Formula 1 for 2019, initially racing for Toro Rosso, but was promoted to the Red Bull Racing team over the course of the season. In the 2020 Grands Prix at Mugello and Abu Dhabi, Albon scored a pair of third places as his best results. As Max Verstappen’s teammate, he was seventh in the final drivers’ standings of the 2020 season.

Liam Lawson was born in Hastings, New Zealand, in 2002, but grew up close to the race track of Pukekohe where he got started in karting at the age of seven. In 2015, Lawson already stepped up into single-seater racing and won the New Zealand Formula Ford 1600 championship title the next year with 14 wins from 15 races, becoming the youngest champion in history of the Formula Ford category that goes back to the late 1960s. He became runner-up in Formula 4 twice, in Australia in 2017 and in the German ADAC Formula 4 championship in 2018. In 2019, he won his domestic Toyota Racing Series and became runner-up in the series in 2020. He was also runner-up in the 2019 Euroformula Open. In 2020, Liam Lawson ended up fifth in his second season in the FIA Formula 3 Championship.