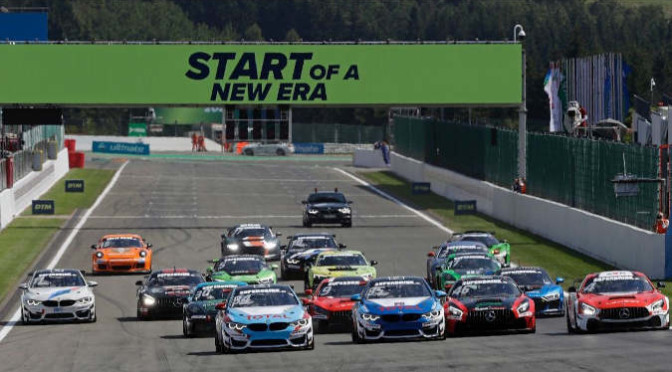 SPORT1 will be broadcasting all the races of the DTM Trophy live on its platforms. As a result, the series for ambitious junior drivers and production-based GT sports cars are getting an enormous upgrade. Presented by the Automobilclub von Deutschland (AvD), the races will be broadcast live on the various elements of the 360° sports platform, leading in the German-speaking region: on SPORT1 on free TV, on the pay-TV channel SPORT1+, at SPORT1.de, in the SPORT1 apps, and on the SPORT1 Motorsport Facebook page. Moreover, SPORT1 has acquired the rights to broadcast highlights from the DTM races on its TV, digital, and social media platforms.

From Monza to Hockenheim: DTM Trophy in 2021 with 14 races on seven race weekends

Newly introduced in the past season, the DTM Trophy established itself as a valuable second-tier series to the popular DTM right away. At the professional stage of the DTM, the DTM Trophy stands out from similar race series with races without driver changes and mandatory pit stops. One driver, one race car: that is the key to thoroughbred motorsport with thrilling racing action in the DTM Trophy. In the debut season, 26 drivers from eleven countries with cars from six sports car manufacturers participated. 23-year-old Mercedes driver Tim Heinemann from Fichtenberg in Germany, a protégé of DTM record champion Bernd Schneider, won the inaugural drivers’ title. In 2021, the DTM Trophy will include seven race weekends. The season gets underway at Monza in Italy in June and ends at Hockenheim in October.

Races to start on Saturdays and Sundays at 3.15 pm

Like during the 2020 season already, the start of the DTM Trophy races is scheduled for Saturday and Sunday at 3.15 pm, immediately following the DTM races. At least five of the seven race weekends will be broadcast live on free TV on SPORT1, two race weekends will at least be covered with highlight broadcasts on Sunday evening. Moreover, all seven race weekends can be watched live in pay-TV on SPORT1+ and as live streams at SPORT1.de, in the SPORT1 apps, and on the SPORT1 Motorsport Facebook page.

Daniel von Busse, COO TV and member of the management board of Sport1 GmbH: “In its successful debut season, the DTM Trophy has already thrilled many motorsport fans. Thanks to our new cooperation with ITR, we are putting the ambitious racing talents onto the big 360° stage on SPORT1´s TV and digital channels. Integration of the AVD, already involved as a magazine presenter during the big motorsport Sunday evening on SPORT1, complements this partnership.”

Next to the broadcasts on the SPORT1 platforms, fans will also be able to watch the DTM Trophy from all perspectives live and on-demand at DTM Grid (grid.dtm.com) like before.

On SPORT1: AvD as the presenter of the DTM Trophy and with its own motorsport magazine

The Automobilclub von Deutschland, in charge of the sporting organisation of the race weekends and coordination of the classic races and activities as a partner of the DTM organisation ITR from the 2021 season onwards, will become the official presenter of the SPORT1 broadcasts of the DTM Trophy. Moreover, highlights from both the DTM and the DTM Trophy will be shown on Sunday evenings in the ‘AvD Motorsport Magazin’ on SPORT1. The magazine crowns every race weekend on SPORT1 and includes talks with high-profile experts and guests as well as a compact overview of all the relevant international and national race series.

“Since the AvD was founded in 1899, racing has been a primary element of our DNA. With the DTM, we are aiming our involvement at an internationally established motorsport platform,” says Lutz Leif Linden, secretary-general, AvD. “However, we are also committed to supporting the young generation in German motorsport. In rallying, we have initiated the ‘AvD Young Talent’ programme. To support newcomers in circuit competition, we are bringing the DTM Trophy within reach for a wide audience as the media presenter with our partner SPORT1.”

A really big thing for the DTM Trophy: SPORT1 with plenty of GT experience and AvD as a strong partner

“All the DTM Trophy races live on SPORT1, that is a really big thing for all teams, drivers and, of course, for the fans. This agreement between SPORT1 and ITR, with support from the AvD, is an enormous boost for the strongest junior race series with production-based, rear-wheel driven cars,” Frederic Elsner, director event at the DTM organisation ITR, says. “With the AvD, we have a strong partner on our side and with SPORT1, a leading sports platform that is already established in GT racing.”