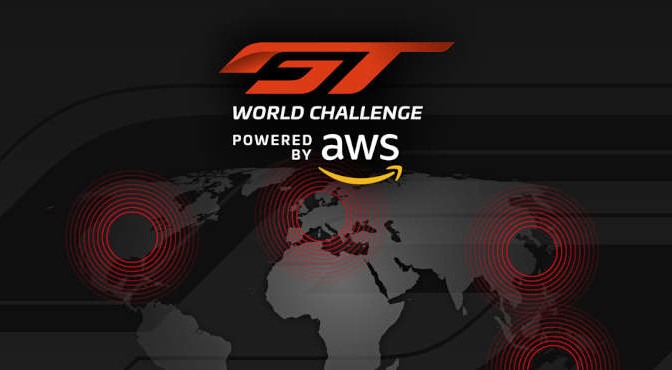 The full GT World Challenge Powered by AWS calendar is now in place for 2021, with an expanded schedule of 29 events on four continents set to decide next year’s most successful global GT3 customer racing programme.

The concept was launched in 2019 by uniting established series in Europe, Asia and America, while Australia will join ahead of the 2021 campaign. Though each retains its own identity, they also allow competing brands to score points through their local customer racing squads in pursuit of a global title.

The best-finishing GT3 car from each manufacturer is awarded points, with the allocation differing depending on the event format: 25 are on offer at sprint races, up to 100 at the Total Hours of Spa. Scores are then multiplied by the number of cars competing in each class to produce the final total. Manufacturers must confirm their entry prior to the season getting underway but are not required to have representation on all four continents.

The championship is solely focussed on brands, with no titles awarded to teams or drivers, though local competitors play an essential part in securing success. The 2020 season saw German marques Mercedes-AMG and Audi go up against Italian heavyweights Ferrari and Lamborghini, with Mercedes-AMG ultimately earning GT World Challenge Powered by AWS glory for the second year in succession.

Next season’s expanded schedule features 10 rounds running under the GT World Challenge Europe Powered by AWS banner, including the marquee Total 24 Hours of Spa. The calendar was recently completed with the addition of a Sprint Cup round at Circuit Ricardo Tormo Valencia, which joins historic tracks such as Monza, Brands Hatch and the Nürburgring on the 2021 schedule.

GT World Challenge Asia Powered by AWS will return to action next season after taking a one-year hiatus due to the COVID-19 pandemic. The series will stage six events between May and October, with new rounds at Motegi and Zhuhai joining established circuits Sepang, Shanghai and Buriram.

A seven-round series will make up next year’s GT World Challenge America Powered by AWS schedule, including a high-profile season finale at Indianapolis Motor Speedway alongside Intercontinental GT Challenge Powered by Pirelli. It will also take in some of North America’s most iconic road racing venues, including Watkins Glen International and Road America.

The latest addition to the expanding global programme, GT World Challenge Australia Powered by AWS will comprise six events, with five sprint rounds complemented by a three-hour standalone race to decide the Motorsport Australia Endurance Championship. Its destinations include Mount Panorama, Phillip Island and The Bend Motorsport Park, the latter alongside the premier Supercars Championship.

As such, the coming season promises to be busier than ever. Last year, SRO Motorsports Group was able to arrange a global calendar that featured 23 non-clashing events across Europe, North America and Asia. While the addition of a fourth continent will prevent this from being the case in 2021, the difference in time zones will ensure that fans can still watch every second of the upcoming campaign.

Indeed, all 29 rounds will be broadcast live and in full on the championship’s official websites and social media pages, the GT World YouTube channel, and on a wide variety of television stations. GT World Challenge Australia Powered by AWS will kick off the global tour with its trip to Phillip Island on 20/21 February, launching a season that promises to deliver action-packed racing on four continents and add another name to the list of manufacturers’ champions.

Founder and CEO SRO Motorsports Group, Stéphane Ratel: “We are extremely proud to present the full 2021 GT World Challenge calendar. Expanding to a fourth continent is a big step forward and we are excited about our new role in Australia, which will add to what was already a very strong programme. To bring together circuits like Spa, Indianapolis, Bathurst and Sepang in a global manufacturers’ challenge is something quite special. We are only two months away from the opening race of 2021 and preparations are well underway to ensure a fantastic season on all four continents.”