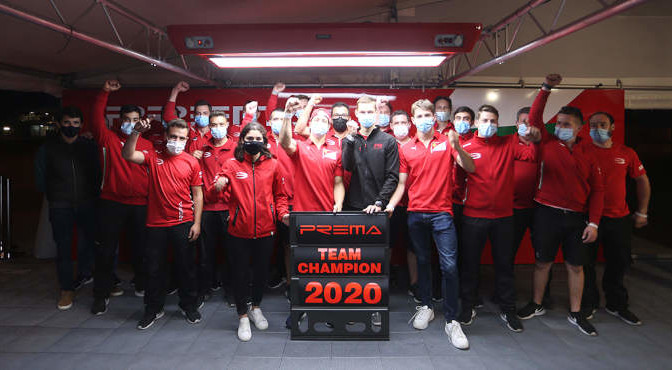 Oliver Rasmussen was the match-winner at Circuit De Barcelona-Catalunya, the 19-year-old Dane taking two wins in the two opening races of the weekend. Rasmussen vaulted to the lead with two perfect starts and never looked back, with two dominant performances followed by a fifth-place to wrap up the event.

Arthur Leclerc and Gianluca Petecof posted podium finishes too with the Brazilian retaining the lead of the driver championship, scoring a critical third-place finish in race 3, which followed a P5 and a P6 in the two opening runs. Leclerc captured second place in race 1. He then secured P5 and P4 respectively, trimming his championship gap down to just four points.

Jamie Chadwick had a challenging experience on another unknown venue for her. The 22-year-old reigning W Series Champion took P10, P9 and P10 respectively in the three races.

With the Ferrari Driver Academy combo of Petecof and Leclerc still leading in points, and Rasmussen in close pursuit, the fight for the driver championship remains wide open.

“We got a good ending for a tough weekend here in Barcelona. P3 in the last race meant capping it off with a podium and staying four points ahead in the championship. We struggled with the pace, and we were not able to find a rhythm for most of the weekend. We tried everything we could in the last race, and that paid off for us. Now we have the last two rounds, which will be tricky with the Covid-19 situation. We will keep working to get better and be able to fight for the championship.”
Qualifying 1: P7
Qualifying 2: P5
Starting Grid Race 1: P7
Starting Grid Race 2: P5
Starting Grid Race 3: P3
Fastest lap: 1’41.748
Fastest lap: 1’40.985
Race 1: P5
Race 2: P6
Race 3: P3