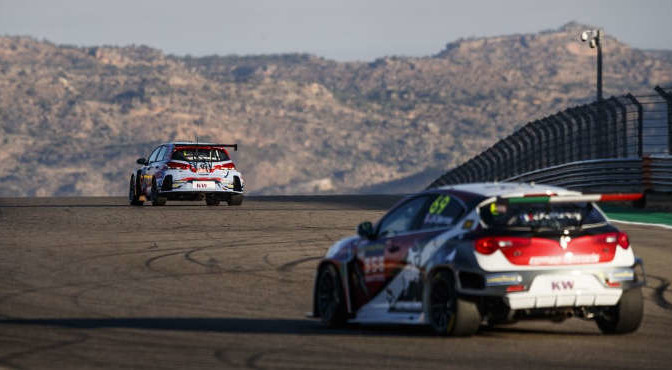 The 2020 WTCR − FIA World Touring Car Cup will be decided on the weekend of November 14-15 as planned − but at an alternative venue after MotorLand Aragón stepped in to host the final three races of the season.

Already part of the WTCR schedule as the setting for the inaugural WTCR Race of Spain this weekend, MotorLand Aragón will stage the sixth event of the 2020 season in place of the Adria International Raceway in Italy.

The FIA Touring Car Commission has approved the change of locations for the season showdown, which is now subject to FIA World Motor Sport Council approval. The new event will be titled WTCR Race of Aragón.

By agreeing to host the final weekend of the WTCR season MotorLand Aragón will have organised six world championship or series events in the same year, which is great testimony to the operational prowess of the venue and its ability to react to challenges at short notice.

Adria track layout extension delayed
Work to extend the Adria track layout, which had already been notably delayed by the COVID-19 pandemic, fell further behind schedule in September due to heavy rain.

Unfortunately, modifications still required for the extended circuit to receive the mandatory homologation from the FIA cannot be completed in time.

In order to safeguard the final event of the season, WTCR promoter Eurosport Events and governing body, the FIA, have worked in close cooperation to secure an alternative venue for the 2020 finale.

Strong partnership leads to instant solution
Building on its strong partnership with MotorLand Aragón, Eurosport Events has been able to conclude an agreement with the track to host back-to-back WTCR race weekends, albeit separated by one full week, to ensure the planned six-event calendar can be maintained.

It means the WTCR, its drivers, teams and stakeholders will still be able to count on a venue worthy of staging such an important occasion thanks to its exciting made-for-racing track layout, first-class facilities and highly reactive and professional staff.

“The last circuit inspection yesterday came as a disappointment but a simple reality: Adria won’t be able to meet the homologation deadline and host the WTCR season finale,” said François Ribeiro, Head of Eurosport Events, the WTCR promoter. “We had to react at very short notice with the FIA to put an alternative plan in place, and I can only be grateful to our partner MotorLand Aragón for stepping in with a viable and safe solution. All our teams and suppliers will leave their equipment at Aragón, minimising travels for them across countries under lockdown. Eurosport Events and the FIA are working hand in hand to deliver a season finale in the safest possible conditions at a time when the sanitary situation across Europe is deteriorating significantly.”