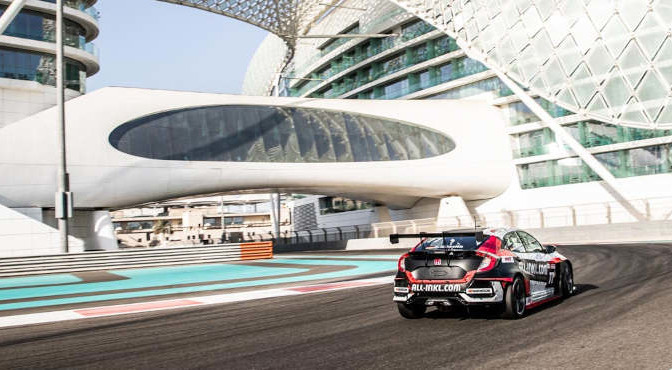 The 24H SERIES powered by Hankook is set to visit eight current or former Formula 1 Grand Prix venues in 2021, including a first-time visit to the Sebring International Raceway, as part of next season’s brand new calendar.

The 24H SERIES, which will be hosted once again by Dutch promoter CREVENTIC, will feature eight 12 or 24-hour races set across seven countries and three continents in 2021, as well as a non-championship six-hour race at the Yas Marina Circuit for the first time. Tellingly, all but one of the nine endurance races scheduled for next year will take place at venues that either currently host a Formula 1 Grand Prix, or have done so in the past, three of which – the Circuit de Spa-Francorchamps in Belgium, the Hockenheimring in Germany, and the Circuit de Barcelona-Catalunya in Spain – have been F1 mainstays for several decades.

Next year’s calendar will also feature a revised championship structure, with teams and drivers now invited to compete for one, all-encompassing ‘24H SERIES powered by Hankook’ title, as opposed to the ‘Europe’ and ‘Continents’ championships previously up for grabs in 2018, 2019 and 2020. Titles will continue to be available per class as usual.

Ole Dörlemann, CREVENTIC sporting coordinator: “The calendar we have in place for 2021 might be one of the strongest yet for the 24H SERIES powered by Hankook. Our competitors will be invited to compete across three different continents and at some of the most technically challenging yet historically rich circuits you’re likely to find anywhere in the world. We’re very pleased to have series staples like the Dubai Autodrome, the Circuit de Barcelona-Catalunya, the Autodromo Internazionale del Mugello supporting us once again, and we’re looking forward to hopefully building similarly strong relationships with the Hockenheimring, the Autodromo di Pergusa and, of course, Sebring in the coming years.”

The 2021 24H SERIES powered by Hankook season begins with the annual Hankook 24H DUBAI on 14-15-16 January, set to be held at the 5.39km Dubai Autodrome in the United Arab Emirates for the 16th consecutive year. A hallmark of the 24H SERIES, as well as the first-ever official endurance event to be hosted by CREVENTIC back in 2006, the Hankook 24H DUBAI is among the biggest 24-hour endurance races of any new year, drawing in upwards of 100 entries at its height.

The non-championship Hankook 6H ABU DHABI follows just one week after the Dubai season-opener on 22-23 January, marking CREVENTIC’s second collaboration with the 5.554km Yas Marina Circuit in Abu Dhabi. Built in 2009 on the man-made Yas Island for a reputed $1 billion, the Yas Marina Circuit has hosted the Formula 1 season finale eight times since then and is among affluent venues in Grand Prix racing history.

After a two-month break, endurance racing continues with the Hankook 12H MUGELLO at the 5.245km Autodromo Internazionale del Mugello on 26-27 March. The Italian venue has been the 24H SERIES’ European season opener on all but two occasions since 2014, and bar a brand new pit and paddock complex for 1991, has retained the same fast and intricate layout through the Tuscan hillside since first opening in 1974. Mugello is also a staple on the MotoGP calendar, having held the Italian round of bike racing’s premier series every year since 1990.

One month later, the vaunted Circuit de Spa-Francorchamps is set to host the Hankook 12H SPA-FRANCORCHAMPS on 24-25 April. The 7.004km track featured one of the closest finishes in 24H SERIES history in 2019 and remains among the most popular venues for teams and drivers given its illustrious sporting heritage. Having hosted its first-ever race in August 1921, and at one point stretching an incredible 14.9km on the public roads linking Stavelot, Malmedy and Francorchamps, Spa has since hosted every motor racing series of repute in the near-century that followed.

After its inaugural run on the calendar in 2020, the 4.574km Hockenheimring returns for its second consecutive endurance event with CREVENTIC on 22-23 May, this time as the Hankook 12H HOCKENHEIMRING. The first-ever ‘991’ entrant to win a round of the 24H SERIES outright did so this year at the Baden-Württemberg-based circuit, the latest in a colourful history that dates all the way back to the Hockenheimring’s humble beginnings in 1932.

The Autódromo Internacional do Algarve, another circuit making its Formula 1 Grand Prix debut in 2020, will host the annual Hankook 24H PORTIMAO on 9-10-11 July for the fifth year in succession. In July this year, the Portuguese venue, opened in 2008, was the first circuit in Europe to host an international motor race since the outbreak of Covid-19 during the spring, setting the benchmark for health and safety protocols at all real-world motor races to follow in the process. A successful weekend saw former 24H SERIES Continents champion Herberth Motorsport secure its first win of the 2020 season.

Following the 24H SERIES’ traditional summer break, endurance racing continues on 3-4-5 September with the Hankook 24H BARCELONA at the Circuit de Barcelona-Catalunya. The 24-hour event, which has honoured two-time Sebring 12 Hours winner Fermín Vélez since 2003, was held for the first time in 1998 and has been a CREVENTIC staple since 2011. The 4.655km circuit held its first Spanish Grand Prix just a few weeks after opening in 1991 and MotoGP’s Catalan Grand Prix since 1996.

A welcome return, and a popular addition

CREVENTIC is also pleased to announce that one of the most characterful events of the 2020 season, the COPPA FLORIO 12H Sicily, will once again be held at the Autodromo di Pergusa next year on 2-3 October. The event revived the ‘Coppa Florio’ name for the first time since 1981 this September, CREVENTIC having received official license to do so from Chico Paladino Florio, grandson of original founder, Vincenzo. This year’s COPPA FLORIO 12H Sicily, which took place 115 years after the first official Coppa Florio in 1905, proved a titanic success with teams and drivers, and simultaneously returned international motorsport to Sicily’s 4.983km Autodromo di Pergusa for the first time since 2012.

Finally, the Sebring International Raceway in Florida will close out the 2021 24H SERIES season on 12-13-14 November. This marks the first time that Sebring will join forces with CREVENTIC, and also continues a tradition, first set in 2017, that a US circuit hosts the season finale of the 24H SERIES. Opened in 1950, Sebring is North America’s oldest permanent road racing facility, having hosted the first-ever FIA World Championship Sports Car race in 1953 and its vaunted 12-hour endurance event on 68 of the previous 70 years. In 1959, the Floridian circuit held the Formula 1 United States Grand Prix for its one and only time, and in 2021 will host its longest-ever race with the Hankook 24H SEBRING.

Ole Dörlemann, CREVENTIC sporting coordinator: “We’ve received a lot of positive feedback from the inaugural COPPA FLORIO 12H Sicily, and we’re thrilled that such a charismatic event showcasing the best and brightest of the region’s culture will be on the calendar again in 2021. We’re also very excited to welcome the Sebring International Raceway to the 24H SERIES as our season finale. There are few racing facilities in North America that evoke the majesty of Sebring, and we can’t wait to add to the circuit’s famous endurance racing history.”

Unlike previous seasons in which teams and drivers competed for either the ‘Europe’ or ‘Continents’ title, competitors in 2021 will instead contest one all-encompassing 24H SERIES championship. This strategy is a strong call-back to the championship’s roots and CREVENTIC is confident one coherent eight-race championship will continue to interest both established teams in the 24H SERIES and newcomers alike.

One scratch result will be allocated in 2021, with all eight championship races counting towards a team’s and driver’s position in the title standings. The Overall Teams’ and Overall Drivers’ titles will once again be up for grabs in both the GT and TCE divisions, as will titles per class. Drivers under the age of 25 will have the chance to contest the Juniors Cup in GT and TCE, while all female drivers are eligible to compete for the Ladies Cup in both divisions.

We’re also very pleased to confirm that long-time series partner Hankook Tire will continue its formidable efforts by supplying all of our competitors in 2021. Entries for all events are now being accepted. Teams interested in signing up for the full season can also take advantage of an available discount.