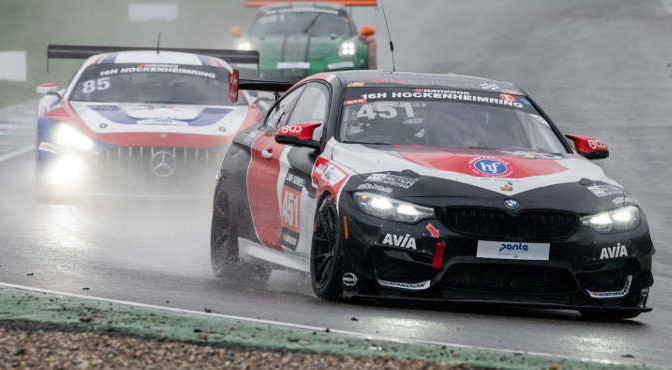 José Manuel De los Milagros is back to his top-tier programme with BMW and Sorg Rennsport as their next appointment is scheduled this weekend. The Spaniard will drive the Sorg Rennsport-run BMW M4 GT4 as the prestigious Coppa Florio takes place at Autodromo di Pergusa this weekend, an event counting towards the 24H Series. Despite the Sicilian race wasn’t originally a scheduled event for BMW, Sorg Rennsport and De los Milagros, the GT4 class win at Hockenheim 16 hours was key to mount the Coppa Florio assault. The Sicilian inherits the spirit of the mammoth Targa Florio event, which was created by Vincenzo Florio back in 1906. The old Targa Florio event took place across the mountainous roads in Madonia. The Targa Florio lived longer than the Mille Miglia and took place in his original format until 1974. From 1975 onwards – until 1977-, the Targa Florio was held in Enna-Pergusa. Now Creventic takes over from its roots and has scheduled at 12-hour event at the circuit by the Pergusa lake.

De los Milagros, who has established himself as a reference both in driving and pure speed in the GT4 class, will have new drivers joining the rooster in the BMW M4 GT4 entered by Sorg Rennsport. The first all-Spanish team contesting the event will be comprised by De los Milagros himself, Álvaro Fontes, Sergio Paulet and Yannick Guerra. Fontes, just like De los Milagros, needs no introduction as he is an extremely-seasoned driver in GT racing and endurance. In fact, De los Milagros and Fontes have enjoyed multiple successes together such as a class win at the 2011 Barcelona 24 hours race. Paulet will be making his first outing in racing and Guerra, a former motorcyclist who took part in Moto2 and Supersport, will also make his first start in this kind of racing. The four drivers together are a perfect mix of speed, experience and youth to fight for a GT4 class win against Aston Martin and McLaren.

“I would like to thank BMW and Sorg Rennsport because the dream goes on racing at the highest level with the amazing BMW M4 GT4. It will be an historic moment for us as we will be the first all-Spanish driver line-up entering the Coppa Florio. The circuit is a step into the unknown for us apart from several videos on YouTube when the European Touring Car Championship or the Italian Touring Car Championship held events there. But it looks amazing, very fast and a succession of long straights and chicanes leaving no margin for mistakes”, explains De los Milagros. The Spaniard adds that “I feel extremely happy teaming up with Sergio and Yannick on their debut in racing. I will help them as much as possible. Finally, it is great to have Álvaro with us, because we won various events driving together. Last but not least, we will have an on-board camera during the race, which will heavily increase our media impact throughout the weekend. We feel confident to fight for another GT4 class win there.”