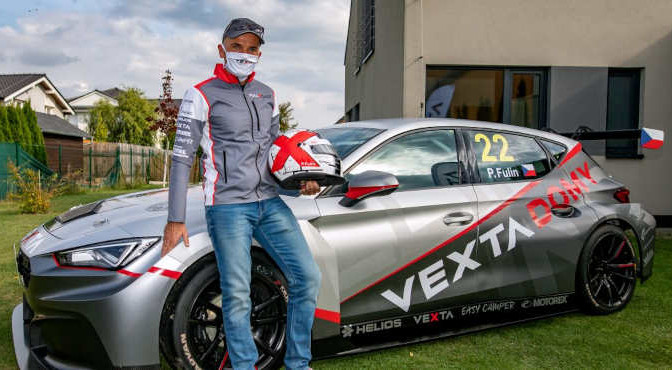 Petr Fulín, the last driver to win the FIA European Touring Car title in 2017, will make his second appearance as a wildcard racer in the WTCR – FIA World Touring Car Cup when the series continues at the Slovakia Ring next week (October 9-11).

The vastly experienced and highly capable driver has made every effort to be on top form for his WTCR outing, which takes place across the border from his native Czech Republic.

He will compete in CUPRA’s all-new Leon Competitión on Goodyear tyres and has undertaken a rigorous fitness programme, as well as sticking to a strict diet, to make up for his lack of competitive action during the last two seasons.

Although he’s kept busy through his driving academy, his competition experience has been limited to endurance racing in his homeland.

“It is necessary to realise that the other drivers have already had two racing weekends, so they have data on the new tyres, their teams are supported directly by the factories and they will be sitting in the TCR specification cars every week,” said Fulín, who has a total of three ETCC titles to his name. “We have no factory support, as well as the mentioned information on the Goodyear tyres. I drove about 100 kilometres in the new car and I will also take [20 kilograms] extra weight at the Slovakia Ring starting as a wildcard.”

Having made selected World Touring Car Championship appearances in the past alongside his prolific stint in the ETCC, Fulín has competed in TCR International and made a one-off WTCR outing at the Slovakia Ring in 2018, impressing by finishing fifth in the third race of the weekend at the wheel of the previous-generation CUPRA TCR.

With the support of VEXTA DOMY, one of the largest suppliers of wooden constructions in Czech Republic, plus his country’s ASN, the Automobile Club of Czech Republic (ACCR), Fulín is back with an all-new car, plus the same determination and highly professional approach that have combined to secure his status as one of Czech Republic’s best circuit racers.

“The new CUPRA Leon Competición is more advanced in all respects,” said Fulín. “In particular, the front axle has a progressive geometry and deflection and tilts can be adjusted. The car also has an advanced mode for starting or mapping the engine according to the 2020 regulations.”

WTCR Race of Slovakia is the third race of the 2020 season and the first to feature three races on the same weekend following double-headers in Belgium and Germany last month.

As a wildcard racer, Fulín isn’t eligible for series points and must also carry an additional 20 kilograms of weight aboard his CUPRA.