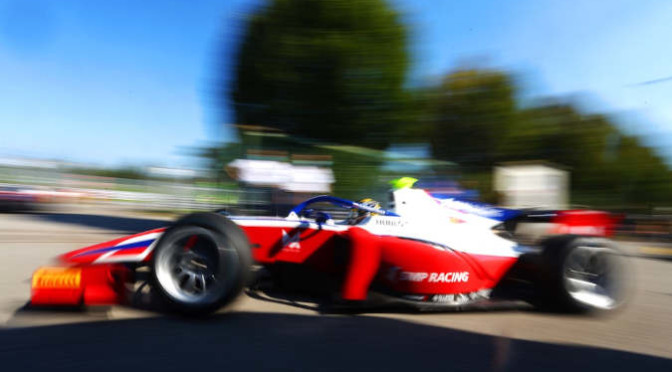 PREMA Racing scored extremely valuable points and a third place today in Race 2 of the FIA Formula 2 Championship at Monza.

Race 1 winner Mick Schumacher put up another superb run from P8 of the reversed grid. The 21-year-old German executed a brilliant performance in terms of pace and passing ability, and managed to clinch a critical fourth place at the line which later became a third place due to a contender being disqualified.

Robert Shwartzman ended rounded out a top-5 after a P9 in race 1, which meant the same position at the start today. The 20-year-old Russian drove a clean race to get crucial points in a tough weekend for him, and also contribute to extending Prema’s lead in the team championship.

“This was another successful sprint race for us. I had a decent start again and was immediately able to make up two places. For a long time I was behind the group with Ilott, Lundgaard and Deletraz, whom I was able to overtake shortly before the end. I’m absolutely satisfied with fourth place on-track, just like with the 37 points I got this weekend. The whole team is now motivated to follow up in Mugello next week.”

“Not the weekend we wanted for sure, we were just not there. Basically, the main limitation was the qualifying which compromised race 1. Today I made a decent start and there was some fighting going on so we moved on to take P5. We will analyze the weekend, but in my opinion, we have to quickly forget it because the expectations were really high and in the end, we weren’t even close. So let’s not put any expectation on Mugello. We will just try to prepare ourselves as much as possible and go there with a clear head, do our best and fully send it!”