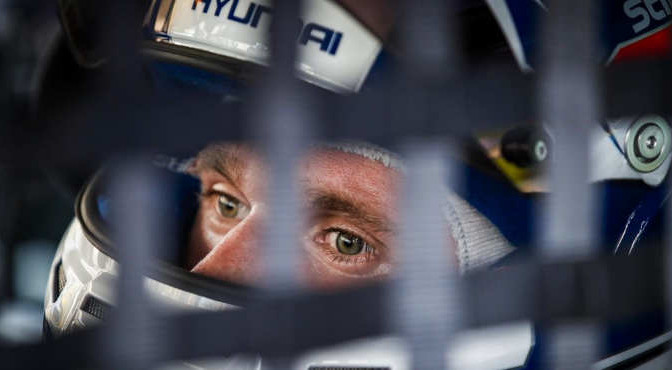 Dutchman expects to gain from restructured Hyundai-powered customer squad line-up *Why rookie team-mate Luca Engstler is no rookie at all, says WTCR title contender *Catsburg: “We need to stay out of trouble and focus on the title from the start”

Nicky Catsburg has switched to the new Engstler Hyundai N Liqui Moly Racing Team line-up for his second season in the WTCR – FIA World Touring Car Cup in 2020, when the talented Dutchman will aim for that elusive podium finish and more besides in his Goodyear-equipped Hyundai i30 N TCR.

How have you kept sharp since the Sepang super-finale last December?
“I did some long-distance events on the Nordschleife, the Daytona 24 Hours and some testing in the Corvette. For sure it’s better than to not drive at all but it’s always better to have some front-wheel drive outings instead of just rear-wheel-drive cars.”

What was it like getting back into the Hyundai i30 N TCR?
“I tested the Hyundai in Budapest last month, the first time since December I’d driven the car. It had been a while but it seemed like I still knew how to drive a front-wheel-drive car and it was good to be back in the car. I can only say I missed it. It was obviously nice working with my new team as well. This was really necessary to have a starting point for the season although I do feel less prepared than normally because it has been such a long break.”

How did your first day with the Engstler team go?
“It was super-nice. It feels like a family team but it is. It’s a nice group of guys with a really relaxed atmosphere, but they know the car well. We were testing at the same time as BRC and it all felt very familiar and I don’t think it’s necessarily going to take me a long time to get used to the team. It’s a very similar way of working as BRC. It’s the same car, some of the same people and Luca [Engstler] I know from last year so it’s been really easy to adapt.”

Would you say you are ready for the new season to begin?
“I feel a bit less prepared than normal to be honest. There are always a couple of little things that make you faster but I don’t think we’re on top of everything yet because we still need to get back into the WTCR rhythm. In GTs you don’t do half as much set-up work as we do in a weekend of WTCR. From free practice to qualifying to the race the car is totally different. That’s something I have to get back into but I am sure we will.”

You were very quick last year but didn’t quite manage a podium. Does that play on your mind and do you feel you have anything to prove?
“I would definitely love to have that podium. I already wanted to have that last year, I was close a few times last year but it didn’t always come towards me. A podium is the goal for this season but I don’t feel like I have something to prove. I would just really, really like that podium.”

But given your ambition and ability, surely you can aim higher than a podium – it’s the top step you’re after, right?
“I hope so. In the past in the WTCC we had some good results. In the Volvo we had a good run in the title fight but last season wasn’t the case. Hopefully this year will be different. We just need to stay out of trouble a bit more and focus on the championship from the start.”

Does the fact you have a year of experience in the WTCR to fall back on help you?
“Unfortunately, not really. This break has been so big and I feel I’m less prepared than before. But it doesn’t change the fact that I will give it my all. I had some real good positive races at Zolder in the past. Salzburgring I didn’t know at all so that will be a positive change actually.”

How good will the racing be at Zolder?
“It will be awesome. It’s a small track and everything will be condensed. The first sector is really high speed but the second and the last sector are very slow. There are some chicanes with proper kerb-riding and I expect a lot of action. There are really nice overtaking opportunities so I would say it’s the best of both worlds, some high speed in sector one then some really cool chicanes and flying over kerbs in the next bit. It will be a really nice track for us.”

What knowledge do you have of the other new venues, Aragón and Adria?
“I didn’t test the Hyundai at Aragón last year but my team-mates did, I was somewhere else in the world, but Aragón I actually know quite well from World Series by Renault. The only one I don’t know is Adria but the track will change by the time we get there.”

You had a very experienced team-mate last year in Augusto Farfus but Luca Engstler is very much a rookie. Does that concern you?
“I was just joking with Luca about this last week because people see him as a rookie but there is hardly any driver who has done more laps in a Hyundai i30 N than he has. It’s not like he’s inexperienced, maybe at this level because it’s his first full season in WTCR, but I’m sure we’ll work well together with Gabriele [Tarquini] and Norbi [Michelisz] in the other Hyundai team. From what I’ve seen from Luca I have no concerns. He’s very mature for his age and very fast. He knows a lot about the car, about the set-up. I almost feel he has something to teach me.”

But he’s the son of the team boss so what will happen if you accidentally fire him off?!
“I don’t think as team-mates we’ll be doing that! But it’s obviously a bit a different dynamic. But I know that Franz [Engstler] and his team and Luca will be professional enough to keep those things separate, the family and the professional racing side. I see zero issues in that context.”

There will be two completely separate Hyundai-powered teams this season. What will the rivalry be like between the two?
“I know BRC and I know they want to win and they want to be better than us and it’s the same the other way around. It’s racing and we still want to beat each other. For sure there will be a bit of rivalry there but it’s actually a healthy thing because it’s only going to push us both to do well and to be better so I also don’t see an issue there.”

What’s your view on the condensed calendar schedule – excited or apprehensive?
“It depends. Sometimes you start the season and you are somehow in the right window with the right set-up because you’re in the zone scoring good results and you wish the whole season is in one week. But if things are not going your way and you need to do some more work on the car to understand how things are going on, then it could be a real danger because then you want more time to figure out what’s going on. I hope scenario one will be the case.”