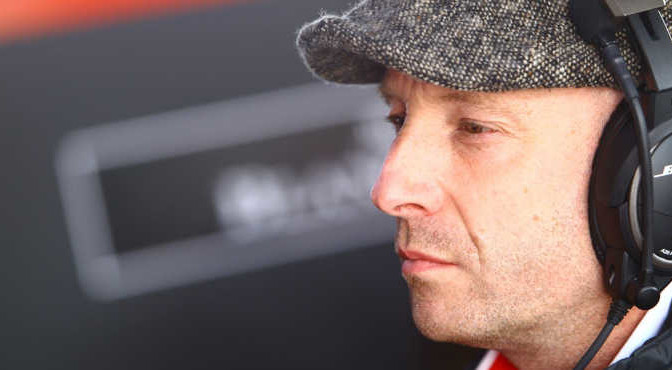 Our new In Profile series goes behind the scenes of GT World Challenge Europe Powered by AWS to learn about the people that make their teams tick.

* * *
The role of team principal – also known as team boss or manager – is perhaps the most varied in the paddock. Some focus solely on the racing operation, while others have a wider remit. Some are team founders and owners, others can be hired and fired. Some have never competed professionally, others are retired drivers, while a few combine their team principal role with a racing career. No two jobs are identical.

For an idea of how it works at one leading outfit we spoke with Vincent Vosse. An accomplished GT competitor, Vosse co-founded Belgian Audi Club Team WRT and is now CEO of the company and team principal on race weekends. This weekend he will be at the Nürburgring for a six-hour Endurance Cup contest, where WRT will look to continue a superb start to the 2020 season.

“My role at the circuit has changed over time,” says Vosse. “With the amount of championships we’re doing now, I cannot be involved like I was five years ago. I have more a role of overseeing every programme, bringing my 30 years’ experience in motorsport.”

Put simply, the team principal aspect is what we see Vincent Vosse do at the circuit: managing the race from the pit wall, disappearing into darkened offices for debriefs, or celebrating with his team after the chequered flag. But that is only part of what the job entails.

“When I am not at the circuit I have to make sure that the finances are in place, that the right people are in the team, and that everything is running smoothly. It’s like a normal company that has nothing to do with a race team.”

He founded WRT in 2009 with Yves Weerts, a long-time friend who also sponsored Vosse during his racing career. A little over 10 years later it ranks among the biggest and most successful operations in GT racing and has also developed activities beyond the circuit. Vosse explains that the company is involved in a variety of automotive projects and currently works with three of the world’s four largest manufacturers.

While no two organisations are the same, it is common for a race team to have one or more side businesses. A professional GT3 operation has the people, the facilities and the tools to provide a range of services, and this can help the company to operate all year round. For someone like Vosse, it also broadens the scope of the job.

“WRT has grown a lot in the last 10 years,” he says. “At one stage I was involved with pit stops, with strategy – with everything! Now I have more of a helicopter view, and I am able to do this because I have found my people.”

Typically, WRT will send between 40 and 50 staff to a GT World Challenge Europe Powered by AWS event and ensuring that they reach their potential is what Vosse enjoys the most. For all of the cutting-edge technology and refined machinery, motor racing is driven by people, so being able to discover and use them correctly is where a team principal can really excel. But it is not simply a case of hiring the best candidates and expecting immediate results; after all, people are not machines.

“Sometimes you have the top engineers or the top mechanics, but if they are not with the right people and feeling good in their job, they might not perform. And if you have the best driver without having the right engineer or mechanic, that doesn’t work.” explains Vosse. “I have to make sure that they are comfortable, they are in the right place and they have support. Being able to put the right people together is what I love to do.

“I am not a technician and in debriefs I always say I have no clue about technical things. This is not totally true, but I don’t want to get involved with people’s work when I have the right people in the right place.”

Statistically, WRT is the most successful team on the GT World Challenge Europe Powered by AWS grid. In the Endurance Cup, it won four teams’ titles between 2011 and 2015, while in the Sprint Cup it amassed an incredible six straight championships between 2013 and 2018. Add in multiple drivers crowns and outright wins at the Total 24 Hours of Spa (2011 & 2014), Liqui-Moly Bathurst 12 Hour (2018) and Suzuka 10 Hours (2019) and its winning pedigree is clear. For Vosse, maintaining this level is part of the job.

“The problem – and I always feel this – is that it will stop one day, because you can’t win all the time,” he says. “We had the feeling in 2018 and 2019 that even if we were still winning races – big races – we were not the benchmark anymore. This is the biggest challenge: to stay at the top.”

Crucial to the success enjoyed by WRT in the Sprint Cup is its rapid work in the pits. This was not always the case, however, and Vosse recalls a key turning point at the 2011 Total 24 Hours of Spa, when WRT was shown up by a fellow Audi team.

“Our box was next to Phoenix Racing. They’d won a lot of different things and so they were the benchmark. This was the first time that we’d be working for a manufacturer and I remember that Phoenix did not practice their pit stops during the week.

“Then, when the free practice started, they did a few stops in front of us and we were like ‘oh wow!’ We’d had the feeling that we were ready to fight on pit stops, but then we saw that they had a completely different way of doing things. They were four or five seconds quicker and it was too late to change our approach because we would make mistakes.”

As fate would have it, the WRT car was leading at the first round of stops, with Phoenix running a close second. The pressure was on – particularly as Dr. Wolfgang Ullrich, then Audi’s head of motorsport, was sitting directly between Vosse and Phoenix boss Ernst Moser.

“Our cars came to the pits on the same lap and we left five seconds later than Phoenix. I was so embarrassed! Luckily, someone in the team had created a tool that allowed us to change the pads very, very quickly. We had a strong race and gained a lot of time with that.”

The final result shows that Phoenix fell away while WRT took a breakthrough Spa victory in 2011. But while Vosse celebrated with his team, this was also a learning experience.

“Talking with Audi during the winter, they gave us a big programme for 2012. I asked them if there was one sector in which we needed to improve, and they mentioned the pit stops… I remember on my way back from Ingolstadt to Belgium, I called the workshop and said that it was time to make a pit stop car and start training.”

WRT has since won countless races thanks to its rapid work in the pits. It still reminds Vosse that a team principal must always search for improvement, even in victory.

They must also decide in which direction to steer their ship. At a time when motorsport and the wider automotive industry are experiencing great change, these decisions are more crucial than ever. It is something that Vosse is keenly aware of as he plots the next 10 years for WRT.

“In motorsport, we have to improve every day,” he says. “Whether that’s the organiser, the teams, the circuits – everything has to improve and move with the times. We cannot always say how nice it was to race 20 years ago; it has to be nice to race 10 years from now. We are an actor in this and we have to bring something to it. It can be electric, hybrid, thermic – it can be a bit of everything. But it can’t be what it is today or what it was 20 years ago.”

Coincidentally, it is almost 20 years since Vosse’s greatest on-track achievement: winning the Spa 24 Hours in 2002. This fulfilled a lifetime’s ambition, but today it is clear that he takes greater pride in the victories he has secured as a team principal.

“Winning as a driver, you win as an individual. Winning with a team, I am still happy for myself, but really I am so happy for the people I am working with. Those guys in the box who are working 10 hours a day every single day, not seeing their family very often, travelling from track to track – that is what they’re doing it for. I’m sure they are paid the right amount, but they are not doing this for the money. They are doing it for the feeling of winning races. For me, this is very important.”

It is a sentiment that you will often hear from team principals: winning is good, but sharing success with a group of hard-working people is what makes the experience truly worthwhile. Vincent Vosse will hope that his team is celebrating when the chequered flag falls on Sunday evening at the Nürburgring.