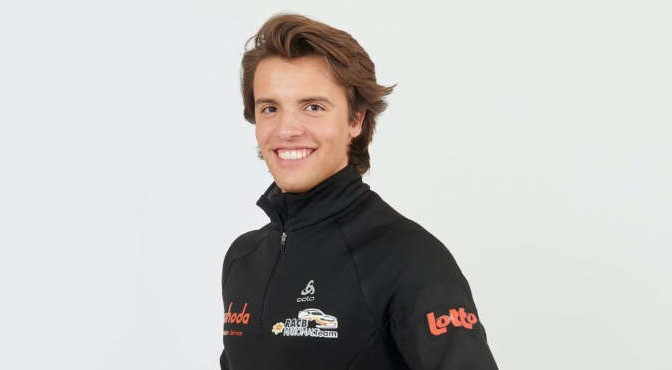 RACB National Team driver gets unexpected chance to race at home in WTCR *Track resurfacing will increase lap times but reduce Belgian’s insider knowledge *Magnus: “No doubt I feel ready, I don’t see why the pace won’t be there again this year”

Rookie Award contender Gilles Magnus, who turned 21 last weekend, is set to become the first Belgian driver to race at home in the WTCR – FIA World Touring Car Cup when his local track, Zolder, hosts the inaugural WTCR Race of Belgium from September 12-13.

Driving a Comtoyou Racing Audi RS 3 LMS on Goodyear tyres, Magnus will fly the RACB National Team flag in WTCR 2020 with the full support of his country’s ASN.

How much experience do you have of racing at Zolder?
“Zolder is the track where I have done the most laps in my life, there is no other track. The first time I drove there was in 2017 for the 24 Hours of Zolder, the biggest race at the track in terms of the number of spectators. We won it and I have the record for being the youngest winner of this race at 17 years old. I have some nice memories of this track and I also do the Belcar Endurance Championship with the Norma prototype. So, yearly I do five race weekends on this track and I do quite a lot of laps because the races are two hours long.”

Have you ever driven a TCR car around Zolder?
“I did do one test at the beginning of this season when we were looking at competing in TCR Europe and we had one race at Zolder. It was before this difficult period with COVID-19. But we have never done a race in a TCR car.”

Where does Zolder stand among your favourite tracks?
“It’s amazing they move this race to Zolder. It’s a nice track with places to overtake, a real old-school track with not so much space to make mistakes and I like these kinds of track. I did a race at Paul Ricard last weekend but it doesn’t give you the same feeling like Zolder does. I’m not just saying this because Zolder is almost in my back yard but I really like the track. Maybe it doesn’t look as good as Spa-Francorchamps but I really like the layout. It will be fun to drive the Audi TCR there.”

The track was surfaced earlier this year. What difference will this make?
“The track has become two or three seconds quicker first of all. All the little bumps have been taken out and it’s really a flat surface. It’s kind of a new track. Even if the corners are going in the same direction, all the bumps and all the small details have changed. The timing is not good for me because some of my knowledge, some of my advantage has gone but that’s how it is. But we did a Belcar Endurance Championship race there so I have driven the new asphalt and it’s obviously much better and quicker.”

How do you expect the track to react if it rains?
“With the new surface it’s difficult to say. Before you had to go very much off-line to find the grip. But now, with no real rubber on the track because no big championships have driven there yet, I’m not sure what the impact will be if we have rain. My advantage of knowing the track is not going to be that big in the wet conditions but at least I know the track and that’s going to be an advantage.”

What’s your best memory of racing at Zolder?
“My best memory is also my first memory. It was definitely the Zolder 24 Hours in 2017 when we won driving the Norma. That was a great achievement at my home track. My home is about 70 kilometres from Zolder. In Belgium that’s a lot but really it’s nothing.”

How ready are you to start your WTCR adventure?
“You always feel ready. I have never doubted that. After a promising season last year, I feel ready. The pace was there from the beginning [onwards] so why won’t it be there this year, that is the question I ask myself. Okay, the level is higher in the WTCR for sure, but no doubt I feel ready.”