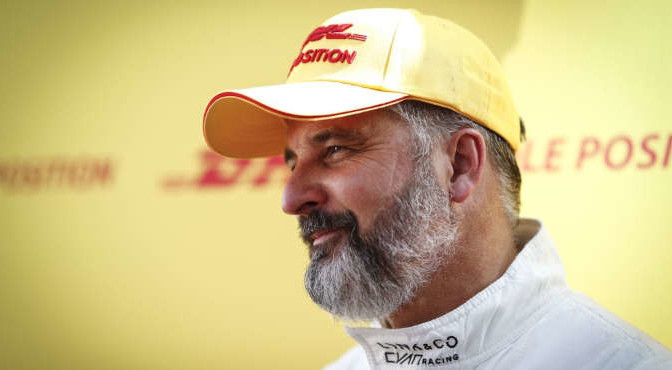 Formidable Frenchman gears up for 14th season of FIA World Touring Car racing *He joins forces with nephew Yann Ehrlahcer at Cyan Racing Lynk & Co *Muller: “I still have the same motivation, like when I started”

Combining his WTCC and WTCR record, the statistics make for hugely impressive reading with the Frenchman having notched up 55 wins, 34 poles, 39 fastest laps and 663 laps led.

In short, he’s the driver his WTCR – FIA World Touring Car Cup rivals fear most and he shows no sign of easing off the throttle of his Geely Group Motorsport-developed Lynk & Co 03 TCR.

Thed Björk, your fellow Lynk & Co-powered WTCR driver, says if he doesn’t win the title this season then you will. What do you think when you hear that?
“Except the first season of World Touring Car in 2005, in all the 13 seasons I have done, I have finished in the top three 12 times and four times I finished third. Probably he uses this stat to make this comment. But we will have to see because I start to be old now!”

How motivated are you going into the delayed 2020 season?
“I still have the same motivation, like I had when I started. When I decided to stop at the end of 2016, my motivation was down since one or two years and when I stopped, I was pleased to be retired. But when Christian Dahl [Cyan Racing founder and CEO] almost forced me to come back, I said, ‘let’s go’ and we did 2018 with my own team and the result was there. Coming back also gave me the possibility to race with my nephew [Yann Ehrlacher], who is 26 years younger than me. That was actually one of my main motivations and knowing I could do something with him would very great and that also kept me motivated.”

In Cyan Racing, Geely Group Motorsport and Lynk & Co you have three very strong groups of people to work with. Does knowing what they put into this project make you work harder?
“Every team and every manufacturer I have worked with I have always given my best because that’s what I am paid for. Nobody can never tell me that my performances were ever down, I always gave my best and it’s still what I do now because it’s normal.”

You started 2019 with an all-new car, the Lynk & Co 03 TCR. It’s been on track for one season now so how will that help you this season?
“For sure it will help but this year there is a new tyre. We knew the Yokohama very well and there were no surprises. The Goodyear is a new tyre, a different tyre still to discover.”

A Europe-only calendar has been necessary for 2020. What’s your view on the six tracks the WTCR will be visiting?
“It’s what it is and considering the situation we cannot complain. The WTCR did a correct calendar compared to the situation so no problem with this.”

If you don’t win the 2020 WTCR title then who will?
“Yann has the possibility, even though he is still a bit young with some things to learn. Thed as well and then there is [Norbert] Michelisz, [Esteban] Guerrieri, many possibilities. The Alfa Romeo is also coming back with a good driver [Jean-Karl Vernay] so really it is difficult to say.”

The next WTCR driver Q&A will be available from tomorrow, 1 September.