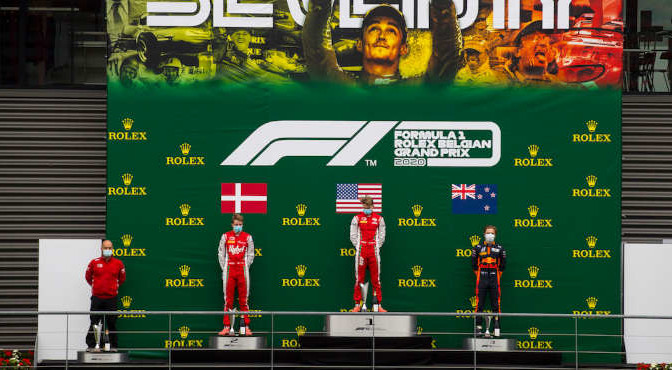 The legendary Spa-Francorchamps track was particularly kind to PREMA Racing today. In race 2 of the FIA Formula 3 Championship at the Belgian Grand Prix circuit, the team posted a 1-2 finish with Logan Sargeant taking his second win of the season with teammate Frederik Vesti in second place.

The 19-year-old from Florida started from the front row courtesy of his P9 finish due to engine issues in race 1. Then he made quick work of the car he had in front and powered to the win, storming back to the championship lead.

Vesti was highly impressive too, driving for the first time this weekend on a challenging track like Spa-Francorchamps. The 18-year-old Dane started from P5 and gained positions up to the runner-up spot, fighting back in the championship and setting the tone for the two final rounds of the season in Italy.

Australian Oscar Piastri had a more difficult race compared to his teammates. The 19-year-old from Melbourne lost positions at the start but recovered well with bold moves and high pace. After crossing the finish line in P5 though, he was demoted to P6 by a track limits penalty.

“It has been a tough race 2 here at Spa where I started sixth and finished sixth. I had a really good start, but I found myself in an unfortunate place into Eau Rouge, so I lost my momentum up the straight which cost me three or four positions. The pace was pretty good, although it was tough to come back through, and I picked-up a 5-second penalty that wasn’t ideal. It could have been a better day in the office, but we are still tight in the championship, and I maintained the gap to the guys behind. Hopefully, now it’s just a straight fight between Logan and me at Monza and Mugello.”

“It’s been a very positive weekend here at Spa. P9 in qualifying was not ideal because of traffic, red flags and rain, but we came back pretty well with P6 in race 1 and P2 in race 2. Today the car felt really good and I was fighting very closely towards the end for the victory. With one or two more laps it would have been very possible to win the race, but obviously, Logan was fast as well. We keep improving and head towards Monza where we should be good. I won there last year in Formula Regional and I’m looking forward to racing there again.”

“An extremely good bounce back from a tough day yesterday. I felt great in the car and to get back the points we had lost yesterday was vital for our championship. I’m super happy and just looking forward to Monza. Hopefully, we can keep producing results.”