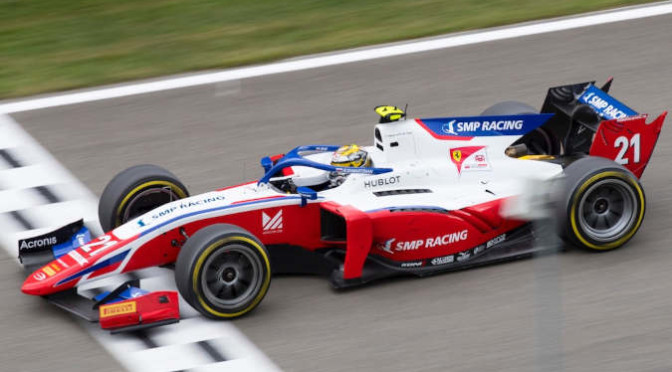 PREMA Racing continued its positive streak of results in the FIA Formula 2 Championship with a podium finish in Race 1 at Spa-Francorchamps. Mick Schumacher delivered a blistering start climbing up to P3 in the opening stages, then nursed his soft tyres until his pit-stop happened. Despite a slight hiccup with one wheel, the 21-year-old racer continued to deliver fast and consistent lap times, reclaiming third place when everybody completed their stop and cruising to his fifth podium of 2020.

Robert Shwartzman, who started from the fourth place, was on the same strategy. The Russian had a small lock-up in turn 1 that cost him a couple of spots but fought back while still taking care of his tyres. After suffering a similar pit-stop problem to his teammate, he continued to push as hard as he could, finishing in fifth place and scoring great points for his championship effort including the ones for the fastest lap of the race. He will start from fourth place in tomorrow’s race 2.

“I am really happy with P3 and my fifth podium of the season. Coming from P7 on the grid, I had a great start and overtook three cars in the first lap and another one only a few laps later. From then onwards it was all about tyre management and I think we were really consistent today, especially with the medium compound after the pit stop. Therefore we got a very satisfying result as well as a decent starting position for tomorrow.”
Qualifying: P7
Race 1: P3
Fastest Lap: 1:58.076
Fastest Lap: 2:02.660

“It has been a quite messy race 1. The start wasn’t the best, the launch itself was good, but then I suddenly had wheelspin and I made a mistake in turn 1, which cost me three places. I tried to get back in the position I was with pretty close fighting, but then the VSC came in and I also lost the DRS. We got into the pits for the medium tyres, but our pit-stop was pretty slow, and we lost a bit of time which would have helped us in the race. When I went out on the mediums, the car balance was just so good, and we had great grip. I decided to push to see where the limit was and to recover the time lost in the pits. I did the fastest lap with the extra two points. We finished P5, valuable points, and now we will keep working for race 2.”