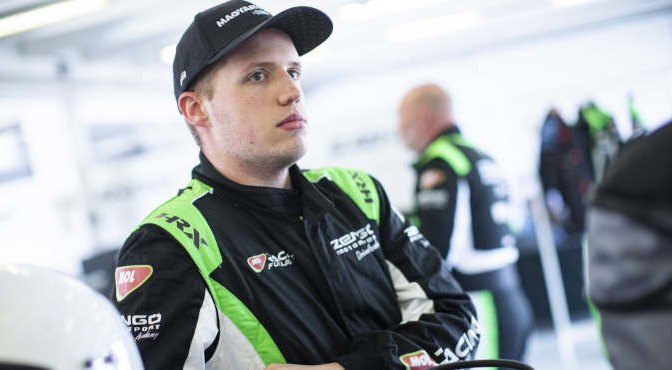 Rookie Award contender gearing up for major career step with Zengo Motorsport *From one-make to big break, Boldizs begins WTCR adventure as a highly-rated prospect *Boldizs: “I’m super-excited, super-happy but this is a huge challenge”

How excited are you when you consider the opportunity you have this season?
“I’m super-excited but I’m also super-happy. Honestly, I don’t know what to expect. It’s a huge step up for me, because I was only racing in the Suzuki Cup in Hungary with the 100hp Suzuki Swift so it’s completely different. But we’ve done two tests and after our race at Brno next weekend we’ll have done three races in TCR Eastern Europe.”

Having been given such an amazing opportunity in WTCR, do you feel under pressure?
“The first couple of races there is no pressure because we are still in the learning phase and I have to learn as much as I can because of this huge challenge, this huge step up. That’s why it’s really good Mikel [Azcona] and Gábor [Kismarty-Lechner] are my team-mates. They have a huge experience even though Mikel is not that old. But Mikel has proved he’s really fast. In 2018 he won TCR Europe and last year in WTCR his debut was really impressive. He’s a really good driver and Gábor has a lot of experience. I am sure they will help me.”

You mentioned Gábor Kismarty-Lechner, how well do you know him?
“He will be like my mentor but the funny thing is I have known Gábor since I started my career. In every championship we’ve raced against each other, even in rallycross, even in hillclimb, even in touring cars and now in WTCR. We were rivals against each other. It will be fun and it will be good for him to be my team-mate.”

What does driving for Zengo Motorsport mean to you?
“It’s a pleasure. We all know Zengo Motorsport has a history in World Touring Car racing and it was Zoltán Zengo who chose Norbert Michelisz. I am so grateful to the team, to my family, really it’s a miracle this is happening.”

While some of your WTCR rivals have been testing you were in Slovakia racing. How did that go?
“We finished P2 in the second TCR Eastern Europe event, which was a very good result for me and the team as well, although it was a very tough weekend. We had a test at the Slovakia Ring earlier in the summer. The set-ups we tried then were very good but last weekend it didn’t work so we had to analyse all the data and improve the set-up because it was not working. It was tough but luckily Sunday was really good for us.”

How much confidence did that result give you?
“Of course, it was really good and for me it was really necessary to get a good result, which was also my first podium in the TCR world. It made me super-happy but I don’t think it gives me more confidence for WTCR.”

What do you have planned before the opening event of the WTCR season?
“I will be training and then next week we go to Brno in the Czech Republic where there will be another round of TCR Eastern Europe. It will be with the older CUPRA TCR, with the new CUPRA I will not get to test this car before the first race but it happens like this.”

In terms of a target, what do you hope to achieve in the WTCR in 2020?
“Mikel [Azcona] would be the perfect example for me to follow so I would like to set times that are close to him. Being as close as possible to Mikel would be really good and then there is also the Rookie Award, which would be nice to win.”

You took part in the Pre-season Esports WTCR Championship. What was that like?
“There were some legendary drivers competing but everybody was being nice and helpful. Maybe because it was before the season and maybe during the season they may not be friendly to me!”

A Q&A with Gábor Kismarty-Lechner will be available from tomorrow, 31 August.