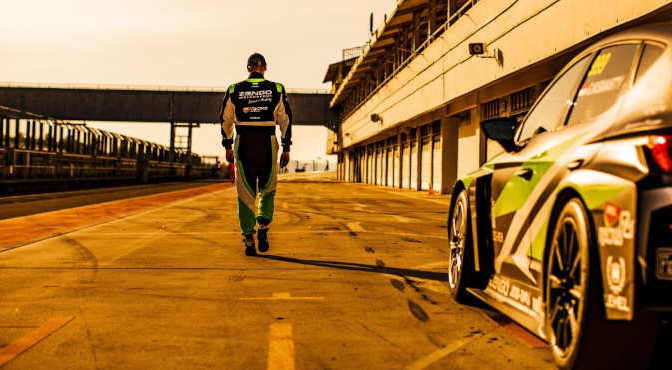 Credited with talent-spotting King of WTCR Norbert Michelisz and overseeing his progression from online racer to World Touring Car title winner through the WTCC Trophy in 2012 and 2015, Zengo Motorsport is getting ready to unleash the all-new CUPRA Leon Competición on the WTCR.

“Zengo Motorsport has been part of the WTCC and now the WTCR since 2010,” said Team Manager Zoltán Zengo. “We couldn’t start for the season in 2019 but we hope we can be here during the upcoming years. My dream and goal is to reach a world title again with a Hungarian driver and a Hungarian team, like we did with Norbert Michelisz when he won the WTCC Trophy. But I will not be sad if Mikel Azcona reaches this goal as well.”

Top signing Azcona brings race-winning pedigree and experience of all-new CUPRA
Spaniard Mikel Azcona, 24, is a significant addition to the Zengo Motorsport line-up. The former TCR Europe champion finished sixth in last season’s WTCR standings, with a breakthrough win in Portugal the highlight of an impressive debut campaign. “Mikel is still young but with a lot of experience,” said Zengo. “We hope to achieve big goals and good positions with him but we also need him to give his knowledge of the new CUPRA to our team and drivers because he already knows the car.”

Kismarty-Lechner lives the dream with Zengo
Gábor Kismarty-Lechner, 43, steps up to the WTCR as the reigning Hungarian Touring Car champion, a title he achieved with Zengo Motorsport. “He’s a very experienced driver who is transferring a very strong message to everyone that someone of his age can reach their goals and transfer the message of Dolce Vita,” said Zengo.

Big hopes for Rookie Award contender Boldizs
“We have three brilliant drivers, including our Rookie Award driver Bence Boldizs, for who we have big hopes and see as a potential future champion,” said Zengo of his 23-year-old recruit. “Zengo Motorsport’s mission is to give young and talented drivers like Bence an opportunity. He is our Rookie driver and, like all our drivers, we believe he can learn fast and achieve our goals.”

Busy season ahead in WTCR
“We are planning to pick up our new CUPRAs on the first week of September, which makes the start of the season even harder because we will have no time to test the cars,” Zoltán Zengo explained. “It will be a busy season with lots of work needed on the logistics. But we are looking forward to getting on track to fight and race against the other teams.”

THREE QUESTIONS TO MIKEL AZCONA
You’ve left it late to announce your WTCR programme for 2020, why?
“I was thinking two weeks ago that I will not drive this year in WTCR but finally we made a deal with Zengo Motorsport and I feel really, really happy. Since I finished the last season in Malaysia, I started to prepare for 2020. I know that WTCR is the highest level of touring car with many really good drivers. But I have to use this opportunity like it’s the last one.”

Do you feel ready?
“We will go to the first round with no testing but all the other teams are testing like normal. I don’t feel so bad about that because the good thing for me is that I can adapt for every moment for every track, really fast. And we have the new CUPRA, a car that has been made for WTCR.”

What can you achieve this year?
“We finished 2019 on a really high level and that is the reason why I was very motivated to drive again in 2020 because I know the tracks, the series and I believe I can push a bit more. And it’s very important for me to have a home race at MotorLand Aragón.”

THREE QUESTIONS TO BENCE BOLDIZS
What does the opportunity to drive for Zengo in WTCR mean to you?
“It’s a pleasure to be here, to race against these legendary drivers, to race with Zengo Motorsport, a team with history in World Touring Car racing. I am so grateful to the team, to my family, really it’s a miracle this is happening.”

How good does it feel to be driving for Norbert Michelisz’s old team?
“It was Zoltán Zengo who chose Norbert Michelisz and now he’s the King of WTCR. I was really happy when he won the championship, it was an emotional day for every Hungarian.”

THREE QUESTIONS TO GÁBOR KISMARTY-LECHNER
Can you believe that in a few weeks you’ll be making your WTCR debut?
“I am nearly 44 years old and I will make my debut in WTCR this year. I think that my example shows it’s never too late if you have a big dream. Thank you to Zengo Motorsport for this opportunity.”

How much experience do you have?
“I have raced for 20 years, mainly doing endurance races but I have learned a lot driving touring cars in the last couple of years. I know some of the tracks and I am doing a lot of fitness, a lot of sport to be ready.”

What kind of a driver are you?
“I am a driver who is able to improve and ready to learn. I still have to learn a lot to be competitive in the WTCR world. But I am ready to learn. I don’t have quite big expectations from the first year but I will do my best and support my young team-mates Mikel Azcona and Bence Boldizs.”