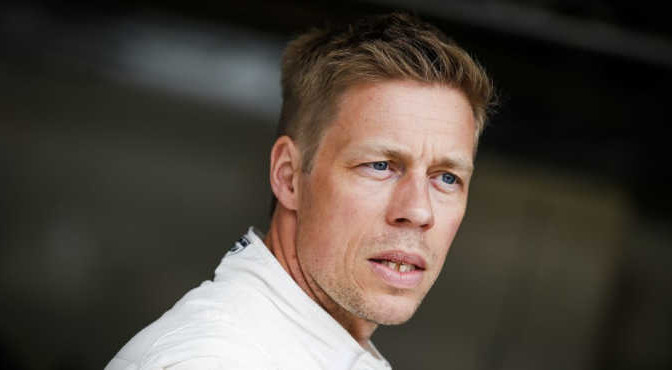 A contender for the title in the first two seasons of the WTCR – FIA World Touring Car Cup, Sweden’s Thed Björk is revving up to try to top the final 2020 standings in his Cyan Performance Lynk & Co 03 TCR.

What makes you think you can be crowned King of WTCR for 2020?
“Because it’s not the first year with a brand-new car. It’s difficult to come in with a brand-new car like we did last year and win but we know what it takes to be successful and we will do everything we can to play for the title.”

How have you prepared for the upcoming season?
“I actually did a small race in a Porsche in Sweden just to get the adrenalin back. We’ve also done our testing so I’ve done a little bit of driving, other people have done more. Néstor [Girolami] did TCR Europe, Norbert [Michelisz] has done [TCR Germany], we’ve all done small things. I feel prepared but this season is a little bit different. It is so focused. It will start and then it will end just a few months later.”

Is the condensed nature of the calendar challenging or exciting?
“You will still have that first race sensation at Salzburgring but you will switch directly from the first race sensation to possibly winning the championship in just a short while and that will be a new experience for all of us.”

The calendar is made up of six events with three venues new to WTCR. Do you have knowledge of any of these tracks?
“I haven’t raced on Aragón, Salzburgring and Adria. I’ve been to Aragón for testing, but the others are new. It’s fine to try something new, ‘Santi’ [Urrutia, team-mate] says Salzburgring is an easy track so it shouldn’t be a problem! But we will prepare as best we can, the WTCR offers a lot of challenges because almost every year there is a new venue. It’s part of the game and I’m not concerned because I will prepare myself for it and try to do everything I can with the team.”

You’ve had the chance to sample the Goodyear tyre. What were your first impressions?
“I feel really good on the tyre. It’s an interesting tyre to work on and for me it fits really well so I’m very happy we have Goodyear as a new tyre partner.”

What changes have been made to your Lynk & Co 03 TCR for the upcoming season?
“There are small changes but only small changes because of the homologation. We wanted to get more performance from the car on different tracks and that’s what we’ve tried to do.”

You were part of the panel that chose your new team-mate Santiago Urrutia. What’s he like?
“We all have the passion for this, we love racing, we love motorsport, we are so dedicated and to find that in Santi, who’s 23, is so good. He’s a good guy who really wants to be a top-level driver. His talent and his passion are some of the reasons why we took him. He’s actually 24 soon he told me and he wanted a present but I don’t think he’s going to get one from me!”

He might be quick but the WTCR racing can be tough. How will he cope, how will he adapt?
“It’s really tough but he has a good team line-up to learn from and I think he’s a quick learner. He will adapt fast and the faster he adapts he will do a really good result because he’s very talented.”

Can he make you a better driver?
“Everybody in the team pushes each other, Yvan [Muller], Yann [Ehrlacher] and Santi so we will be better drivers for sure.”

Recently, you got the chance to test your Lynk & Co 03 TCR on the Nürburgring Nordschleife, venue of WTCR Race of Germany from 24-26 September. What was that experience like?
“I love the Nürburgring, it’s one of my favourite places and it was so great to get the car out and drive and just see and feel what we could do better than last year. We were struggling a bit last year on this track but this year felt better and we want to be fighting at the top.”

How has competing in the Pre-season Esports WTCR Championship helped you?
“Some of the drivers have been sitting inside just playing simracing [during lockdown] so it was quite a big gap from the top eight and from eight to 16. You have to adapt so much to the game so if you are from the older generation, I don’t think you can take so much from it. Simracing benefits me in that I get track knowledge, that’s the biggest thing for me. Fighting on the track… I’ve been doing it all my life.”

If you don’t win the world title who will and why?
“Yvan came so close last year so it’s me or Yvan for the title. He knows the car inside and out, he’s always fast, you don’t lose it. Look at Gabriele [Tarquini]. Yvan is a four-time world champion and he’s going to be there. There is a good team to back him up.”

The 2020 WTCR – FIA World Touring Cup season is set to fire up at Salzburgring, venue of WTCR Race of Austria, from 12/13 September. The next driver Q&A will be available from tomorrow.