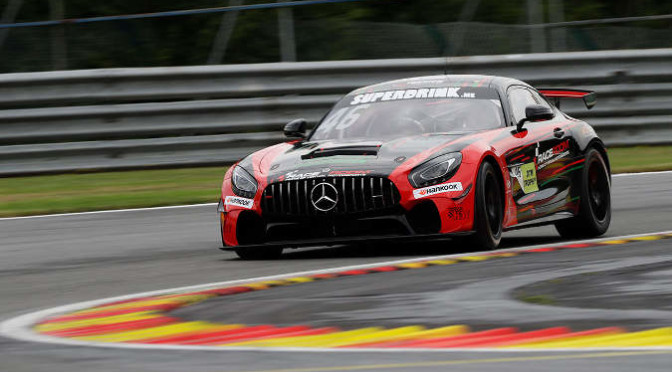 The newly introduced DTM Trophy is facing its first highlight: José María López, a three-time winner of the World Touring Car Championship, will be racing one of the two new Toyota Supras at Lausitzring. Production-based GT sports cars from six car manufacturers – Audi, BMW, KTM, Mercedes, Porsche and aforementioned Toyota – are filling the high-quality field that already has increased to 21 cars for the second encounter. Going into the weekend, Mercedes driver Tim Heinemann (HP Racing International) is leading the drivers’ standings, the 22-year-old German having scored a pair of second places in the season opener at Spa-Francorchamps. Heinemann made his way to real-world motorsport coming from virtual sim racing and is supported by DTM record champion Bernd Schneider.

The DTM Trophy is the new feeder category of the DTM, successful since 1984, that ranks among the highest rated race series in international motorsport. The professional environment of the DTM provides an ideal platform for young and ambitious race drivers. The race format, meanwhile, is largely identical to that of the DTM: one qualifying and one 30-minute sprint race each on Saturday and Sunday, straight after the DTM, are putting the achievements by the drivers into the limelight. The drivers decide about their success all by themselves as, unlike most other GT race series, the DTM Trophy has no driver changes or tyre changes. The pure racing action can be watched at the streaming platform DTM Grid (grid.dtm.com) with every qualifying and every race (from 15.15 hrs on both days) available live and on demand on the screens at home and mobile devices.

The series’ debut at the Formula 1 circuit in Belgium delivered two thrilling races with entertaining position fights and therefore confirmed the innovative, science-based adaptation of the various vehicle concepts with the DTM Trophy’s specific ‘balance of performance’ (BoP). Ben Tuck had his name written in the history books as the winner of the inaugural race. With his BMW M4, run by Walkenhorst Motorsport, the Briton was first across the line from Mercedes driver Tim Heinemann and his Dutch teammate Max Koebolt. In the race on Sunday, another British BMW driver came out on top with Ben Green (FK Performance Motorsport) as the winner. Heinemann and Koebolt again finished in second and third place.

One year ago, José María López only just missed out on victory in the Le Mans 24 Hours. Last weekend, the Toyota works driver defended the lead of the World Endurance Championship drivers’ standings with his victory in the six-hour race at Spa-Francorchamps. At the 4.570 kilometres long Lausitzring, the 37-year-old Argentine will enter uncharted territory with the production-based GT sports cars of the DTM Trophy. At least, the three-time world touring car champion knows the new Toyota inside out as he was involved in the development and already tested the Japanese sports car at Spa and at the Nordschleife in the Eifel. On the car’s series debut, Heiko Hammel is racing the second Toyota, run by Ring Racing, headquartered in Boxberg near the Nürburgring. Next to López, KTM works driver Laura Kraihamer will also be competing as a guest driver in the DTM Trophy. The 29-year-old Austrian lady racer will be driving an X-Bow entered by Teichmann Racing.

» Quotes
“I am very excited to take part in the DTM Trophy at the Lausitzring and race the GR Supra. It is a new track and a new discipline for me but I will try to be quick and hope that my background in driving touring cars and GTs helps. When the opportunity came up, I immediately said yes. I have been involved in the development of the GR Supra and tested it at Spa-Francorchamps and the Nordschleife, so I know it is a very nice and stable car which had a good speed from the beginning. So we hope for a good result.”
José María López, driver, Toyota, Ring Racing
“Racing at the Lausitzring as the first points’ leader of the new DTM Trophy is really cool. I had never expected that. However, it is a boost for me and it would be great if I were still on top after the final race of the season. The season opener at Spa-Francorchamps was pure racing and super great fun. With this race format, it is all down to me, every duel counts. I have never raced at the Lausitzring before, but I practiced at the track on the computer, like for every race.”
Tim Heinemann, driver, Mercedes, HP Racing International