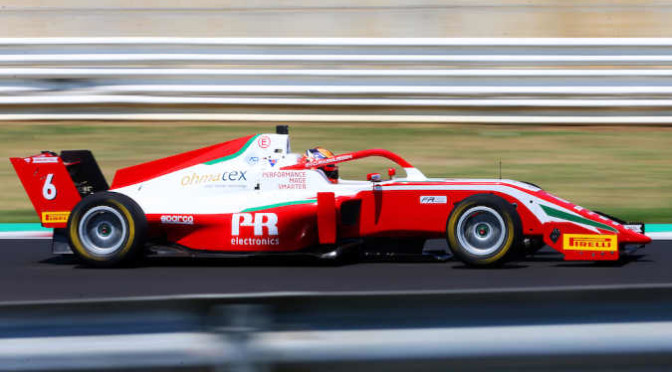 Coming from an extremely successful season opener at Misano, PREMA Powerteam is set for round 2 of the Formula Regional European Championship at Circuit Paul Ricard. The French Grand Prix venue, located in southern France not far from Marseille, features a complex layout which is particularly challenging for first-timers.

The team comes from three wins, including two full podium lockouts, in round 1 and will aim to make sure its four-strong lineup can perform from the outset. The championship lead is currently tied between Oliver Rasmussen (19) and Gianluca Petecof (17), who won one race each at Misano. The Danish racer, who took his maiden win in single-seaters in round 1, is hoping to keep the momentum high while the young Brazilian is willing to fight for a solitary lead right from qualifying.

Coming from three poles and one win in Misano, Arthur Leclerc showed outstanding potential. A Ferrari Driver Academy-backed driver, like Petecof, the 19-year-old from Monte Carlo is willing to fight back as soon as possible. Having secured her first podium finish in the series at Misano, reigning W Series Champion Jamie Chadwick (22) is aiming to do it all again in France and stay competitive throughout the weekend.

Angelo Rosin – Team Principal
“The opening round turned out to be pretty successful. We scored three wins with three different drivers, and all four visited the podium, showing the team’s global potential. On the other hand, even after such a brilliant start, we know that there are very competitive contenders with previous experience at Paul Ricard. Last year we got great results there so we hope to put all our drivers in the best possible conditions from the get go.