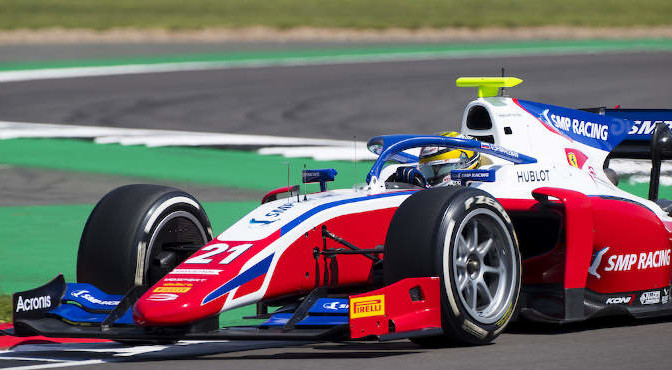 PREMA Racing is set for round 5 of the fast-paced 2020 FIA Formula 2 Championship season at Silverstone. The Italian squad remained situated at the famed venue, taking a small break in the beautiful British countryside before being back in action this coming weekend.

For the second time this year, the series is hosting two races in two consecutive weeks, but unlike what happened back in Austria, this time the tire selection won’t be completely different. The medium compound will be brought in again, paired with the soft one instead of the medium.

That means that the teams and drivers will have at least a slice of fresh experience to rely on, which is particularly valuable considering the new-for-2020 Pirelli tires with 18-inch wheels.

The team is not coming from an easy event. While Mick Schumacher delivered a brilliant qualifying result,, both drivers struggled with tyre wear during the weekend. Despite retaining his championship lead, Russian Robert Shwartzman ended the weekend with zero points on his scoreboard, and his German teammate also fell behind in race 2.

Everyone in the team is aiming for a rebound, to straighten the situation and convert the potential showed so far in the season.

Rene Rosin – Team Principal
“Last weekend hasn’t been easy, but we are confident that we can make the most out of the information we have and try and turn things around. We are taking away a good podium finish with Mick which highlighted what was possible by fully exploiting our potential, and we will work as hard as possible to be in full shape when the moment comes.”