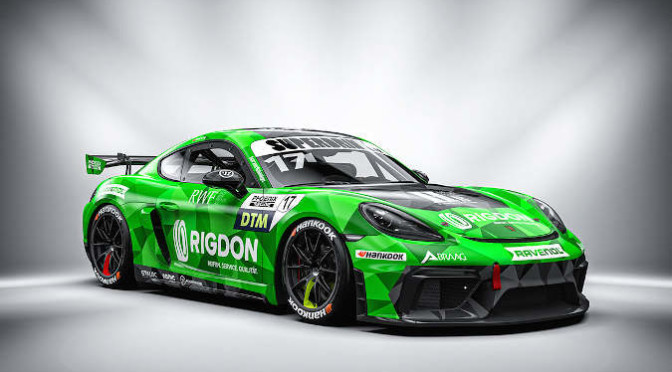 The starting lights turn to green for the young generation in racing: this weekend, the DTM Trophy will be making its debut at the legendary circuit of Spa-Francorchamps (Belgium). The first two races of the new GT race series will be held on the support package of the DTM. On the grid: 18 drivers, entered for the full season by 13 teams, running cars of six manufacturers. Both on Saturday and on Sunday, the DTM Trophy will start immediately after the DTM races, on each of the days at 15.15 hrs. Fans can follow the action on the live stream on the new OTT platform DTM Grid.

The DTM Trophy has plenty of variety in its inaugural season: the brands Audi, BMW, KTM, Mercedes-AMG, Porsche, and Toyota will all be represented on the grid. The field of participants is truly international and includes drivers from seven different countries. The oldest driver who will be getting into the car is 36-year-old ex-DTM professional Peter Terting. The youngest competitor is David Serban, aged 16. In total, eight drivers were born in 1998 or thereafter and therefore are eligible to score points for the DTM Trophy’s separate junior ranking.

Numerous drivers have already racked up race wins and titles in other GT series or one-make competitions. Now, they will be up against each other in the DTM Trophy. The clever and individually developed ‘balance of performance’ system, for which the vehicle characteristics of the various GT cars were compared on a scientific basis, ensures equal chances. In the process, some parameters were also taken into account that are only being considered in the DTM Trophy, such as the aerodynamics or the centre of gravity. All these elements promise thrilling competition on six race weekends this season, all of them with two races of 30 minutes each. No pit stops, no driver changes: just head to head, one car against another. Classic racing, something fans can look forward to!

» Quotes
“The strong quality of the field with drivers from many countries shows that we have found exactly the right way with the concept of the DTM Trophy. In spite of the currently difficult situation everyone in motorsport has to deal with, the field for the season opener is considerable. Moreover, some drivers and teams have already ensured that they will be joining over the course of the season. We are looking forward to a thrilling inaugural season!”
Frederic Elsner, Director Event ITR GmbH
“The effort that was made to determine the BoP is tremendous. That was very professional indeed. In some series, in-house developments like our Porsche are no longer wanted in the first place. Therefore, the DTM Trophy is exactly what we need, we are feeling very welcome here.”
Christoph Esser, team principal PROsport
“The DTM Trophy’s own BoP allows us to participate in various race series with the car without having to change it completely every time. That is what is making the DTM Trophy very interesting for us, because we are also running the cars in endurance races, for instance. I can see us entering more cars in the DTM Trophy over the course of the season because here, we don’t need a week every time to adapt them and then to take all the modifications out again.”
Michael Teichmann, team principal Teichmann Racing
“I am looking forward to this new challenge. The races are run without pit stops, so I will be driving all by myself for the first time and don’t have to make any compromises concerning race strategy and car set-up. My goal is a result in the top-three of the championship.”
Jan Philipp Springob, driver, SUPERDRINK by BREMOTION
“Naturally, I’m delighted to be able to continue my relationship with Walkenhorst and with BMW as we enter this year’s DTM Trophy. I think that Walkenhorst has the experience and commitment to make a success of the season, and I believe we will work strongly together. I’m already fully comfortable driving the BMW M4, so to compete on the DTM bill, on some of the most iconic and popular tracks in Europe, is both a huge challenge and a massive thrill. I’m really looking forward to it.”
Ben Tuck, driver, Walkenhorst Motorsport