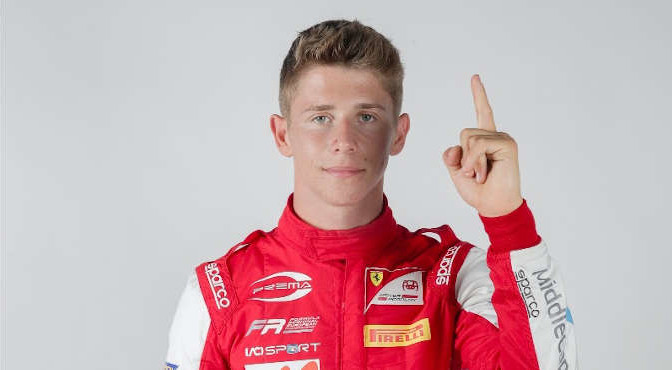 PREMA Powerteam is jumping into full action this weekend at Misano, as the Adriatic circuit will be home to the opening round of the Formula Regional European Championship. Misano is returning for the second season of the series. Due to the delays coming from the current pandemic, it is also home to the 2020 debut.

Coming from a spectacular result last season, the Italian squad will be the defending champion, sporting and increased line-up of Alfa Romeo-powered, Tatuus-built race cars. All four drivers will be at their first year in the series with two promotions from the PREMA Powerteam Formula 4 team.

Ending up second in the 2019 Italian F4 Championship, Brazilian Gianluca Petecof will move up to Formula Regional and will take the reins of the #10 car. The 17-year-old Ferrari Driver Academy prospect is joined by Oliver Rasmussen, also moving up from the 2019 PREMA Powerteam roster. The 19-year-old Danish-born racer is looking forward to building on his previous experience within the team. He will be behind the wheel of the #6 car.

The two new additions will be Arthur Leclerc and Jamie Chadwick. The 19-year-old Monegasque, brother of Ferrari F1 racer and former PREMA driver Charles Leclerc, is coming from a third place in the 2019 German Formula 4 Championship. He is also part of the Italian manufacturer’s junior program and will drive the #14 car. A late yet extremely valuable addition to the team, Chadwick is the inaugural W Series Champion. The 22-year-old female racer from the UK already experienced her fair share of winning and will drive the #55 car, sporting a unique black livery.

Angelo Rosin – Team Principal
“After dominating last season, we will definitely be the favourites and the most coveted prey for our contenders. The team worked incredibly hard in testing and did an amazing job in preparing for the races while respecting all the precautionary rules and lockdowns. It hasn’t been easy to make everything fit, but now it’s time to go. We have four talented drivers, and we are as ready as we have ever been.”