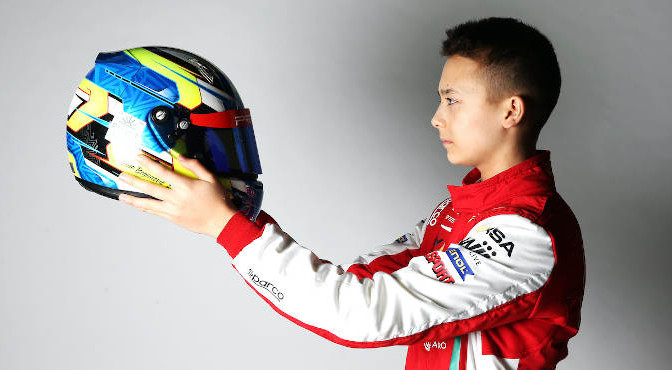 The Italian Formula 4 Championship is finally ready to go underway for its 2020 season which is starting as late as the end of July due to this year’s health emergency. With its superior roll of honour including four titles in six editions of the series, PREMA Powerteam is highly-motivated to go back on-track and finally get into action.

Sitting close to the Riviera Romagnola resort, Misano will be the venue for the series opener. The technical 4.2-kilometre racetrack, dedicated to late MotoGP rider Marco Simoncelli, often challenges teams with torrid heat and that is expected to be the case for the coming weekend.

To make the 2020 opener even more special for the team, a driver line-up consisting of four rookies, all of them with high hopes and potential.

Supported by the Ferrari Driver Academy, Swedish racer Dino Beganovic will drive the #7 Tatuus-Abarth racecar. A 16-year-old from Landeryd, he won national karting championships in Sweden and Italy on his way up to single-seaters. Coming from Brazil, 15-year-old Gabriel Bortoleto has a remarkable karting pedigree too and will be driving the #85 car.

Speaking of karting, Italian Gabriele Minì had considerable success there too. At the age of 15, the double Italian and WSK Super Master Series Champion is making a highly-anticipated debut aboard the #46 car. Last but not least by any means, Sebastian Montoya will make the jump to auto racing. The Colombian, son of double Indianapolis 500 Champion Juan Pablo Montoya, will increase the international flavour of the series. Born in Miami and raised in the heart of American motor racing, the 15-year-old from Miami will drive the #6 car.

Angelo Rosin – Team Principal
“We are always delighted to work with rookies, but having four drivers at their first year in single-seaters certainly does not lower our expectations. Actually, their results in karting put even more emphasis on their skills. The health situation forced us to stay away from the track for quite a long time, but we completed a thorough testing program and the team is ready to perform at its highest potential.”