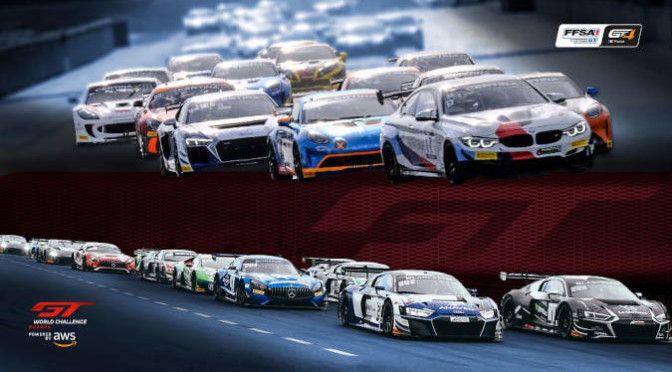 Circuit de Nevers Magny-Cours will host a festival of motorsport on 11-13 September, with GT and single-seater championships leading an action-packed programme at the Nièvre venue.

Eight series will stage no fewer than 19 races across the weekend, including a spectacular Saturday night display from Championnat de France FFSA GT and GT World Challenge Europe Powered by AWS.

The latter returns to the circuit for the first time since 2011 and will share the headline slot with Championnat de France FFSA GT, which continues its popular September appointment at Magny-Cours. Each will tackle a pair of one-hour contests, giving fans a double helping of multi-make racing that includes Europe’s leading GT3 series and France’s fiercely contested GT4 championship.

Single-seater racing is also set to play an important role at Magny-Cours thanks to Formula Renault Eurocup and Championnat de France F4. Each is considered an ideal proving ground for emerging talent, while the on-track action comes thick and fast as hungry young competitors look to forge their reputation.

The entertainment doesn’t stop there, with the Alpine Elf Europa Cup and Renault Clio Cup adding more exciting one-make action to the schedule. Each will stage a pair of 25-minute +1 lap races that are sure to be closely fought and full of drama. Last but not least, Sprint Club by Funyo-Sport Proto will bring even greater diversity to the event, with a field of prototypes tackling four 20-minute races at Magny-Cours.

The weekend kicks off with free practice and qualifying on Friday, before an incredible Saturday programme that begins at 08.45 and concludes with the final chequered flag of the day at 23.10. A total of 11 contests will be staged during this time, with Championnat de France FFSA GT set to race into the sunset from 18.55. This will be followed by after-dark action for Renault Clio Cup (20.10), Porsche Carrera Cup France (20.55) and GT World Challenge Europe Powered by AWS (22.10), which closes the day with a spectacular floodlit contest.

There is plenty more action in store on Sunday when a further eight races will take place, including second outings for Championnat de France FFSA GT (09.40) and GT World Challenge Europe Powered by AWS (13.45). Tickets are now on sale for the 11-13 September event, which promises to serve up a racing extravaganza that will keep fans on the edge of their seats from start to finish.