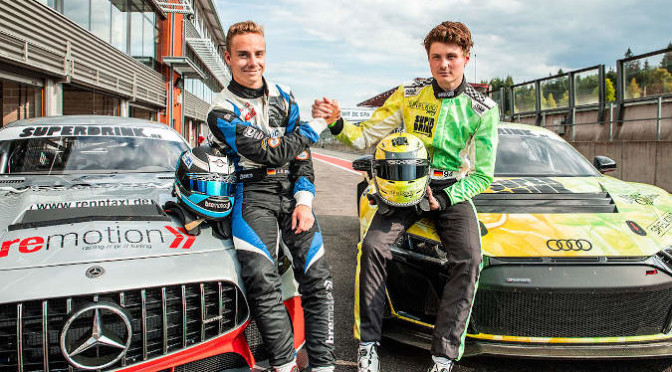 Career goal: professional race driver. The next step on the junior staircase: the DTM Trophy. In 2020, Jan Philipp Springob (GER) will be racing in the new GT series that will be held together with the DTM. His machinery: a Mercedes-AMG that will be run under the “SUPERDRINK by BREMOTION” entry. Thus, Bremotion is entering the DTM Trophy as a new team.

Springob, who was German kart champion in 2017 and 2018 and has been racing for Bremotion since 2019, ranks among the supported drivers by the ADAC Stiftung Sport, a foundation that promotes young drivers on their career paths in various motorsport categories. The driver from Olpe in Germany will be racing with SUPERDRINK sponsorship, the brand that is also a series partner of the DTM Trophy. The Munich-based beverage brand is also supporting Youtube star Felix von der Laden (GER) with his Audi R8 LMS.

The DTM Trophy is providing an attractive stage for young up-and-coming drivers in GT racing: the presence on the DTM platform guarantees huge attention for drivers, teams and sponsors. Two races of 30 minutes each are held each weekend as genuine sprint competitions without driver change or pit stop.

» Quotes
“I am looking forward to this new challenge. The races are run without pit stops, so I will be driving all by myself for the first time and don’t have to make any compromises concerning race strategy and car set-up. My goal is a result in the top 3 of the championship.”
Jan Philipp Springob