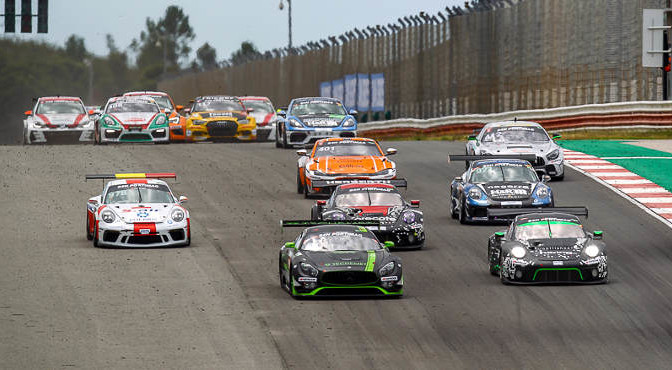 At the first real world race meeting to be held in Europe since the outbreak of Covid-19, Herberth Motorsport has secured a 1-2 finish at the fourth annual Hankook 24H PORTIMAO.

The result marks the first overall win at the Hankook 24H PORTIMAO for Herberth Motorsport, which won in-class at last year’s event en-route to the A6-AM Teams’ title in the 24H SERIES Europe championship standings. On top of that, Herberth Motorsport also broke the event’s previous distance record – 722 laps – set at the inaugural running by Bohemia Energy by Scuderia Praha back in 2017.

The sister #91 entry produced a storming recovery drive to finish 2nd overall (#91, Daniel Allemann / Ralf Bohn / Robert Renauer / Alfred Renauer). The second Herberth Motorsport Porsche 991 GT3 R had jumped to the head of the field in the opening laps and was already three laps ahead at one-third distance, but the Bavarian team lost more than an hour in the pits to a gearbox change. On its race back through the field, the #91 Porsche set the fastest lap of the race, a 1m 44.692s, with Robert Renauer at the wheel.