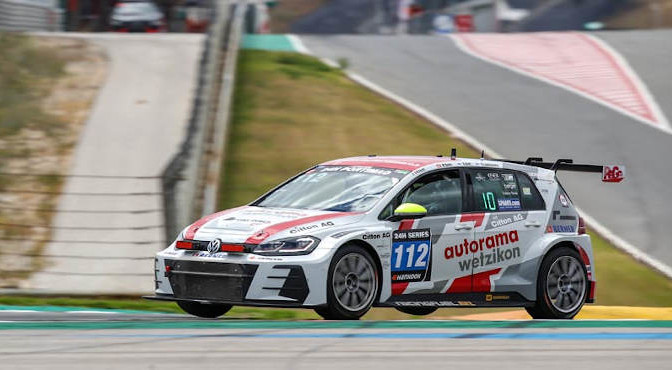 Like Herberth Motorsport, Autorama Motorsport by Wolf-Power Racing holds a 1-2 lead in the TCE division after the first four hours of the Hankook 24H PORTIMAO.

Such is the performance of the TCE division so far, that both Autorama VWs find themselves in the overall top five.

Further back, the Comtoyou team Audi Sport Audi RS3 LMS (#117, Tom Coronel / Nicolas Baert / Nathanael Berthon) and the Red Camel-Jordans.nl CUPRA TCR (#101, Rik Breukers / Ivo Breukers / Luc Breukers) lie 3rd and 4th respectively in-class, 6th and 7th overall. The pair enjoyed a sensational battle for the TCE lead during the first three hours, during which they were rarely split by more than a second, and after four hours, were separated by less than 10 seconds.

The Hankook 24H PORTIMAO will run uninterrupted throughout the night at the Autódromo Internacional do Algarve until the chequered flag is flown at 12.00 hrs local time on Sunday. Live streaming in HD quality with commentary by radiolemans.com is available on our official website, as well as the 24H SERIES YouTube channel. Regular updates will be published on Twitter (@24HSeries), Facebook (24H Series) and Instagram (24H Series). Further information can be found at www.24hseries.com.