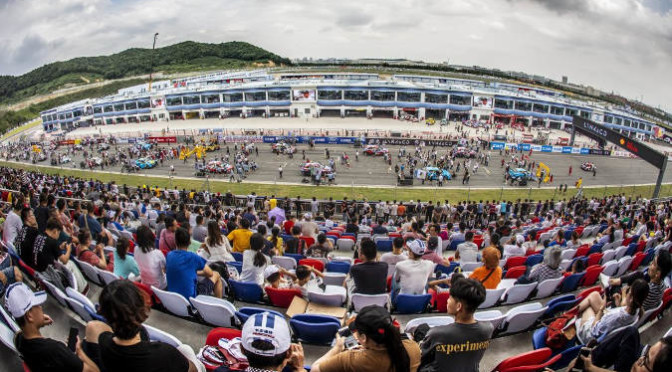 With the 2020 WTCR − FIA World Touring Car Cup set to fire up in September, full-season entries will reopen for a limited period subject to final FIA World Motor Sport Council approval when it meets on 19 June.

The move follows a vote by FIA Touring Car Commission members to allow registrations from entrants with a single car for the planned six-event schedule, which is due to begin at WTCR Race of Austria from 12-13 September and conclude at WTCR Race of Italy from 14-15 November.

While the first wave of registrations closed on 6 March, the coronavirus pandemic prevented a number of drivers from formalising their plans ahead of that deadline. Therefore, it was always the intention to provide an opportunity for drivers to compete in WTCR on a full-season basis once the extensive work to finalise the restructured calendar had been completed.

With the revised, Europe-only schedule for 2020 now formally approved by the FIA, the process of reopening full-season entries is underway.

François Ribeiro, Head of Eurosport Events, the WTCR promoter, said: “From the outset we have been very aware of the difficulties COVID-19 has caused existing or prospective WTCR teams. That is why, together with the FIA, we introduced a number of cost-cutting measures to help them.

“These cost savings combined with a Europe-only calendar and our pledge not to reduce the marketing and promotional investment in the series, has led to a number of enquiries from drivers and teams that had not previously considered WTCR.

“However, to be fair to the existing teams, only registrations from single-car entrants can be submitted and these new entrants will not be eligible for the 2020 WTCR − FIA World Touring Car Cup for Teams, although drivers will be able to score points and compete for a coveted FIA world title. Furthermore, if existing teams wish to submit an additional entry, they can do so but only for a driver who is eligible for the new Rookie classification.”

Alan Gow, President of the FIA Touring Car Commission, said: “A considerable amount of hard work has gone into strengthening the WTCR and making it more accessible through implementing a number of cost-cutting measures. This has led to a demand for registrations and made moving towards the re-opening of entries a sensible course of action.”

FIA world title up for grabs, extensive promotional and marketing opportunities on offer
All WTCR drivers competing on a full-season basis will be eligible for a coveted FIA world title and will benefit from significant media exposure. Last season, a cumulative audience of 506 million watched WTCR races on 75 different TV channels in 185 countries, while 1.3 million people follow the WTCR on social media.

Restructured six-event season includes three new venues and cost savings
Of the six venues set to host WTCR action in 2020, three are new to the series, which will create more of a level playing field for all teams. In addition, cost-saving measures include:

*One official test day at Salzburgring prior to WTCR Race of Austria
*15% reduction in staff numbers with a maximum of 6 per car
*30% reduction in tyre allocation (16 new for first event, 12 new for second event, 16 new for each event thereafter
*30% reduction in cost of fuel to €4 per litre
*Events include 2 free practice sessions, 1 qualifying and 3 races (2 races in Austria and Germany)
*Circuit access not permitted until late afternoon on the day before scrutineering

Race-by-race options remain
Teams can also compete in the WTCR on a race-by-race basis. While drivers will not be eligible for points, they can take advantage of previous decisions to reduce the entry fee per event and halve the amount of additional compensation weight that must be carried. Follow this link for more information on race-by-race entries: https://www.fiawtcr.com/race-by-race-entries/

How to enter?
Subject to the FIA World Motor Sport Council approval, prospective teams will be able to submit full-season entries from 20 June via the online system, which is available at: https://registrations.fia.com/wtcr. Fiona Rees, the WTCR Teams Coordinator, is available for any enquiries by emailing fiona.rees@fiawtcr.com. The deadline for full-season entries is 14 August.