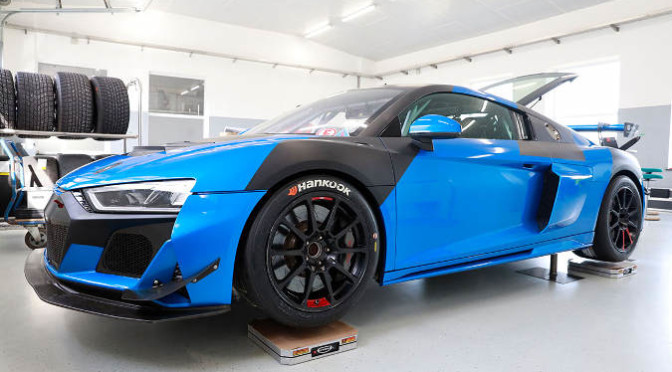 Staging GT sprint races in Belgium and Germany, the newly created DTM Trophy will share the bill with the DTM during six events. The DTM having published its revised calendar, taking into account the current limitations to public activities due to the Covid-19 pandemic, the events for the inaugural season of the DTM Trophy have been set as well. So far, a total of 20 cars representing six different manufacturers has been entered for the 2020 debut season. A detailed infection prevention plan established by the ITR for all DTM rounds and being permanently adapted to the current situation at the respective competition venues allows for the races to be held.

The DTM Trophy is ready to run, in time for the new season. A clever, stand-alone balancing of the various vehicle concepts that will be on the grid for the new GT series ensures a level playing field while also allowing for maximum use of the technical potential. To achieve this, the various cars were put to multiple tests, for instance on the dyno, in the wind tunnel and to determine the centre of gravity. Using the data acquired in the process, virtual models were established for each vehicle to simulate its performance potential at the race tracks involved. Taking into account the new calendar, these preparations are now being finalised and technical defaults for the teams are being calculated and determined.

Classic race tracks in Germany and Belgium on the calendar

Eau Rouge, Blanchimont, La Source – corner names that set the pulse of red-blooded motorsport fans and drivers racing. And this is exactly where the DTM Trophy is getting its debut season underway at the beginning of August: at Spa-Francorchamps (Belgium). But the other venues on the DTM Trophy calendar are at the same level as this traditional track: the second season round at the Lausitzring (Germany) is followed by two different track configurations of the Nürburgring as a so-called double header: the full Grand Prix track with and sprint circuit configuration without the Müllenbachschleife. With Zolder (Belgium), the DTM Trophy is adding another traditional circuit to its tour calendar while the new GT race series reaches its sporting highlight with the season finale at the Hockenheimring.

» Quotes
“The foundation for the inaugural season of the DTM Trophy has been laid. By completing the new DTM calendar, we have taken on many challenges and overcome them. The result is a varied and thrilling calendar that enables our teams to stage entertaining racing with plenty of overtaking. We believe to have a calendar with a highly attractive array of race tracks. We can hardly wait to see the teams and the drivers on track with their cars.”
Frederic Elsner, Director Business Unit Event ITR GmbH
» 2020 DTM Trophy calendar
01/08–02/08 Spa-Francorchamps (BEL)
21/08–23/08 Lausitzring (GER)
11/09–13/09 Nürburgring (GER), Grand Prix circuit
18/09–20/09 Nürburgring (GER), Sprint circuit
16/10–18/10 Zolder (BEL)
06/11–08/11 Hockenheim (GER)