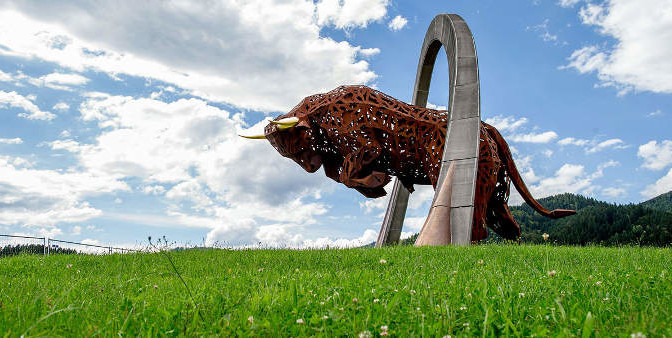 Formula 1 announced today that the 2020 Formula 1 season will re-start on 5 July, with the FORMULA 1 ROLEX GROSSER PREIS VON ÖSTERREICH, the Austrian Grand Prix, being held at the Red Bull Ring circuit.

Planning this revised calendar has involved a great deal of work with FOM, FIA, the promoters and all the teams. The main priority has been the health and safety of everyone who will attend the races and those people in the host countries with whom we will come into contact.

Scuderia AlphaTauri is delighted that our parent company Red Bull will therefore host this unique season relaunch with two races on consecutive weekends at our home track.

Franz Tost: “It’s fantastic to go racing again, as it will be the first race for our new Scuderia AlphaTauri colours. We all are more than excited that it takes place at the Red Bull Ring in this wonderful part of Austria. A big THANK YOU to Dietrich Mateschitz and Red Bull for hosting Formula 1 in Spielberg, to enable Formula 1 to start the season, and to get back to work. It took a lot of time and effort to receive the approval from the Government. This is also the result of the negotiations Dr. Marko started with the authorities’ several weeks ago.

“Of course the atmosphere will be strange and it is a shame that no spectators can attend, but this is an important first step on getting Formula 1 back to normal as soon as possible.
“The standards imposed are very rigorous and we have already employed them ourselves in our facilities in Faenza and Bicester, which led to essential staff being able to return to work on 1st June to prepare for the season. It is vital from a business point of view and also as a sign that life is getting back to normal.”

After the Austrian GP and the following weekend’s FORMULA 1 PIRELLI GROSSER PREIS DER STEIERMARK, the teams will make the short trip to the Hungaroring on the outskirts of Budapest, for the third round, the Hungarian Grand Prix on 19 July. August will also feature a triple header with two races at Silverstone and then from there a long drive to Barcelona and the Spanish GP. The European leg of the championship will close with two iconic events, the Belgian Grand Prix at Spa-Francorchamps on 30 August and our home race, the Italian Grand Prix at Monza on 6 September.