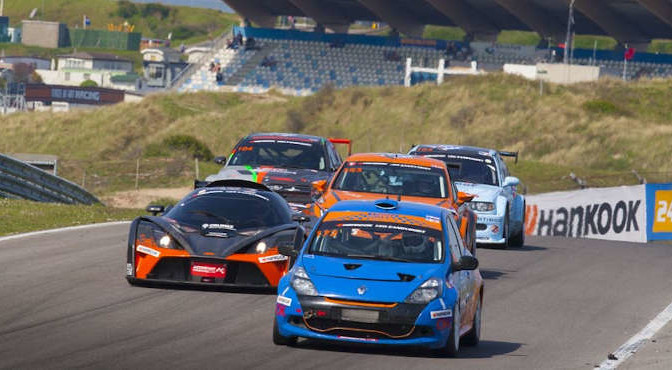 CREVENTIC and its competitors will be among the first international motor racing collectives to experience the newly renovated Circuit Zandvoort this November when the Dutch venue makes its welcome 24H SERIES return after a four-year break.

A spiritual home for Gennep-based organising body CREVENTIC, Circuit Zandvoort made its first appearance on the 24H SERIES calendar in 2014, and went on to host the annual Hankook 12H ZANDVOORT up until and including 2016. Notable winners of the event include series staple Car Collection Motorsport, which took its maiden outright win in the 24H SERIES in 2014, and future series champions Hofor-Racing and Herberth Motorsport, which collected the honours in 2015 and 2016 respectively.

Recent changes to Circuit Zandvoort’s calendar for 2020, plus the venue’s well-documented upgrades, has since made it possible for this popular event to return to the 24H SERIES calendar for 2020.

The returning Hankook 12H ZANDVOORT will now close out this year’s 24H SERIES powered by Hankook on 13-14 November.

CREVENTIC’s sporting coordinator Ole Dörlemann explains: “We’re particularly excited to be returning to Circuit Zandvoort after four years away. We’ve enjoyed a very strong relationship with the venue’s management team for quite some time, and have both been looking for an opportunity to join forces on an endurance event once again. Obviously we’re disappointed that Circuit Zandvoort could not host the Formula 1 Dutch Grand Prix this year on it’s scheduled date, but we hope the fourth edition of the Hankook 12H ZANDVOORT will provide race fans in The Netherlands, and around the world, with a truly memorable weekend of racing in 24H SERIES’ inimitable fashion.”

Major upgrades to the 4.259km Circuit Zandvoort were completed earlier this year as the venue prepared to host the first Formula 1 Dutch Grand Prix since 1985. Said updates included expanding the paddock, larger run-off areas, and construction of two, high-speed banked corners, the first of which – Hugenholtzbocht – is located at turn three and is named in honour of the late John Hugenholtz, the circuit’s director from 1949 to 1974. The second – Arie Luyendykbocht – is the final sweeping right-hander before the start-finish straight and is named after two-time Indianapolis 500 winner, Arie Luyendyk.

“These updates can only make the Hankook 12H ZANDVOORT a more tantalising prospect for our fans and competitors,” Ole continues. “A huge amount of work has been put into the circuit, particularly the two new high-speed banked turns, and we’re very much looking forward to seeing our GT and TCE competitors be among the first international competitors to put the revised Circuit Zandvoort to the test in November.”

All points scored by teams and drivers at the season-closing Hankook 12H ZANDVOORT will count towards both the 24H SERIES Continents and the 24H SERIES Europe.

The Hankook 12H ZANDVOORT effectively replaces the annual Hankook 24H COTA USA in November. The fourth iteration of CREVENTIC’s annual 24-hour endurance event at the Circuit of the Americas in Austin, Texas, was set to take place on 13-14-15 November, a weekend which will now boast MotoGP’s Grand Prix of the Americas owing to the circuit’s re-scheduled calendar.

At this time, CREVENTIC is also preparing for the Hankook 24H PORTIMAO, which is still scheduled to take place on 12-13-14 June, just one month ahead of the inaugural Hankook 12H MONZA. On the 24H SERIES’ revised calendar, the Hankook 24H BARCELONA is set to retain its annual September slot, while the Hankook 12H IMOLA has now been moved to 9-10 October.

2021 will kick off with the Hankook 6H ABU DHABI at the Yas Marina Circuit in the United Arab Emirates. The six-hour event will take place at the home of the Formula 1 Abu Dhabi Grand Prix on 8-9 January 2021, one week prior to the 16th running of the Hankook 24H DUBAI on 14-15-16 January at the Dubai Autodrome.

On top of all that, a special, 12-hour iRacing event, dedicated to 24H SERIES competitors, will take place in just over one week’s time on 23 May. The race will be hosted virtually at the Autodromo Nazionale di Monza.