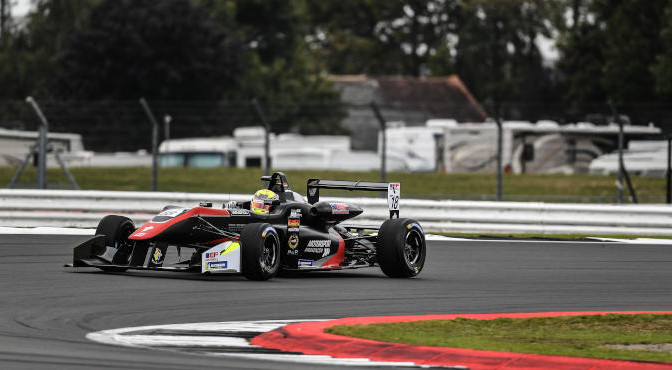 Into season two in full attack mode: Niklas Krütten and Team Motopark will continue their successful Euroformula partnership in 2020. The 17-year-old has already made his Formula 3 debut, competing in six races with the team in the second half of last season. The teenager from Trier will now contest all races of the season for the outfit that won last year’s team championship and whose cars will again be powered by Spiess engines.

Krütten is one of the most promising up-and-coming German talents in single-seater racing. After putting in some strong performances in the 2019 ADAC Formula 4, he made the step up to the Euroformula series midway through the season. The year before, he had finished the German Formula 4 championship as runner-up in the rookie classification. What’s more, he was the only newcomer to chalk up a race win in the general classification. Krütten also made a strong impression in the Italian Formula 4, where he finished third in the rookie classification, and in the Formula 4 UAE series, where he celebrated one victory.

After winning at the ADAC Formula 4 season opener at Oschersleben in 2019, the youngster from the Rhineland-Palatinate did not need to think twice when Motopark team boss Timo Rumpfkeil offered him a switch to the Euroformula halfway through the campaign. Krütten quickly found his way around in the new environment, scoring points in almost all races right from the word go. In fact, his level of performance was such that the German Motor Sport Federation (DMSB) entered him in the FIA Motorsport Games, to which each country sends only one contestant per category. In the main race of the Formula 4 Cup, despite driving a car that was an unknown quantity for him, he finished as runner-up and secured Germany its only medal of the event.

Krütten was selected for sponsorship by the ADAC Sports Foundation in 2018. He has impressed by virtue of high achievement both on and off the race track, which is why he will continue to receive support this year from the ADAC scheme for bringing on talented juniors. He follows in the footsteps of other youngsters who went on to great things, such as four-time Formula 1 world champion Sebastian Vettel and DTM driver Timo Glock.

At Motopark, Krütten can draw on the experience and support of one of the leading international teams in single-seater racing, which has provided an important step on the career ladder for current Formula 1 greats such as Max Verstappen and Valtteri Bottas. Team boss Timo Rumpfkeil is happy to have Krütten stay on: “I am delighted that we were able to persuade Niklas to join us for the 2020 season. The races in 2019 were like being thrown in at the deep end for Niklas, but he did an excellent job nonetheless. He had terrific pace at all of the events, and he learned a lot, which is going to be a big help to us in the 2020 season. In the winter we were able to consolidate this during the test drives, and Niklas will be going into the new season in a heightened state of preparation.”

Krütten’s manager, Mark Berryman, who also manages the current Formula 1 rising star Lando Norris sees the Euroformula and Team Motopark as the best next learning platform for Niklas and is looking forward to continuing to work with Krütten this year.

The Euroformula Open Championship has been in existence since 2014, and in 2020 it will likely comprise nine weekends, each with two races on the billing. There are no fewer than six current Formula 1 circuits on the itinerary: the Circuit Paul Ricard, the Circuit de Spa-Francorchamps, the Hungaroring, the Red Bull Ring, the Autodromo Nazionale Monza and the Circuit de Barcelona-Catalunya. The contestants face the added challenge of a new car, namely the Dallara 320 Formula 3 which, for the first time, will be fitted with a halo, as used in the premier class of motorsport to protect the drivers, and with adapted crash structures at the front and rear.

You got acquainted with the Euroformula last year, and you will now be competing in the championship again. What have you learnt so far?
The Formula 3 car is technically much more sophisticated and offers a lot more options to work on the setup than a Formula 4 car. It has more power and produces a lot more downforce, which leads to much higher cornering speeds and significantly faster lap times. I have learnt to pay more attention to the behaviour of the car and to work more closely with the engineers on the setup. As drivers, we have to give very precise feedback. I quickly adjusted to the higher speeds and G-forces which require much faster reaction times in addition to an even higher level of physical and mental fitness.

There is a new car in the Euroformula this year. How big has the change been for you, and what are your objectives for the 2020 season?
I want to be in amongst the front-runners right from the start. I’ve already gained experience with the new car during test drives. I felt really good right from the start, and I have a very positive feeling about the season. The change wasn’t hard for me. The Dallara 320 is more responsive to changes than the 317 and it has a bit more downforce and braking efficiency. We are faster than last year, but from a pure driving perspective, it’s not so different. There’s a halo like in Formula 1 now, but I soon got used to it. The new car definitely looks great and is a lot of fun to drive!

You are continuing as a member of the ADAC Sports Foundation squad this year. What were your impressions of the new intake?
In February, we had a four-day introductory seminar with this year’s squad in Bad Endorf. We had to do various fitness and mental tests, and we went on a mountain hike together. In between, there were various courses dealing with topics such as nutrition or marketing. It was really cool getting to know the new intake, including those from the other motorsport disciplines, and to see some of the ‘old’ familiar faces again. There was a great spirit within the team, and we also learned a lot from the exchange of experiences. I’m very happy that I can be part of the squad again this year and that the foundation continues to support me in my development.